"Artist" - (Noun) : One, such as a painter, singer, or writer, who is able by virtue of imagination and talent or skill to create works of aesthetic value, especially in the fine arts. New rappers surface everyday, and whether they have talent or not, consider themselves "artists." I'm not trying to take any shots here, but a majority of them are not artists. Logic, a kid out of Maryland, is a true young ARTIST whose latest mixtape release, the third cut in his Young Sinatra mixtape series, Young Sinatra: Undeniable is one of, if not THE, best mixtape to surface this year. The Visionary Music Group artist is one of the most versatile rappers in hip hop these days, and hasn't cracked into complete stardom, or even get the credit he truly deserves.

Since its release at 6 pm last night, I have given this project 5 to 6 full listens from cover to back, and there's no getting around how great this kid is. He puts on for his own team, the #RattPack, and all of his 'Bobby Soxer' followers killing beat after beat and event throwing in some smooth melodic choruses and samples to even refine his hard style. Artist these days bring on massive amounts of feature on their mixtapes, and when they don't, people complain "Oh why didn't he bring on ____ for a feature?!" and I have never understood that. Logic takes his work of art into his own hands, spitting every bar himself; except for one track, "Disgusting" where he brings on his Ratt Pack teammate C.Castro who is also one of the dopest rappers who are sitting way beneath the radar. He even throws a smooth R&B sound in there for the ladies in "What You Want" just to prove his utility in his songs.

This project really amazes me the most because the quality of the content shouldn't be free, this is album quality material that he is releasing on his mixtapes, so we can only imagine how his first studio album will sound. Young Sinatra's style is unlike any others, as he rips 6ix and C-Sick's productions to shreds with ease. These producers are some of the best, but unfortunately unrecognized in the DMV area, and with beats like these, and awesome samples from Frank Sinatra, Nas, and Notorious B.I.G., they deserve a lot of credit for really rounding out the sound of this project.

A lot like most artists trying to make it in the dog-eat-dog, brutal world of the hip hop and rap scene, they start off rapping about goals and how they want to make it big. Logic is one of the few guys who are still under the radar of most listeners, who actually has the true potential to be a notable name in the music industry. His take to his Young Sinatra series in the upmost clever way, showing that he is going to be just that: getting all the baddest woman, being a world famous artist who every guy dreamed of being, and just being an all around famous success. As long as Logic keeps dropping records and mixtapes that crank like these, he is on the correct path. His work ethic is unbelievable as this mixtape included 4 singles, as well as 3 music videos to go along with them. If you're still sleeping on Logic for some reason, stop slackin' and give Young Sinatra: Undeniable a listen and a download and enjoy. 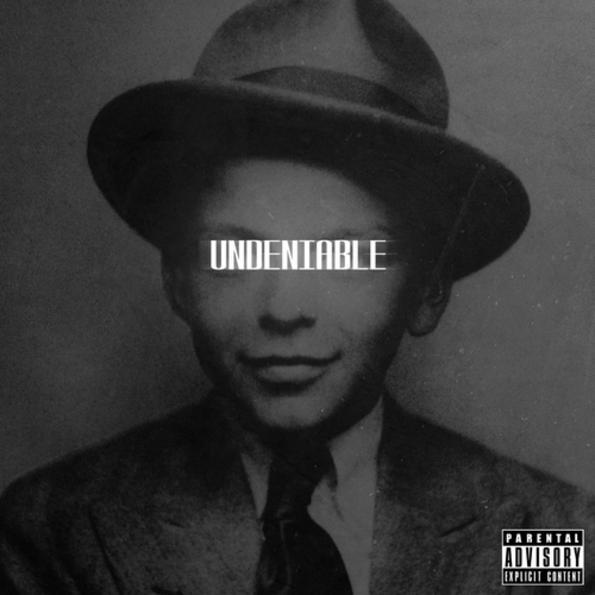