As he preps his forthcoming full-length album Everything Was Beautiful And Nothing Hurt, as well as wrapping up a highly anticipated collaboration with producer EL-P, Oklahoma City emcee Jabee has announced plans to release one collaborative track with producer Thelonious  Martin each month until August. The monthly releases will ultimately culminate in the release of an EP featuring Jabee and Martin's collaborative records. Check out the smooth inaugural single "Catch That Feeling" and stay posted for more from Jabee & Thelonious Martin. 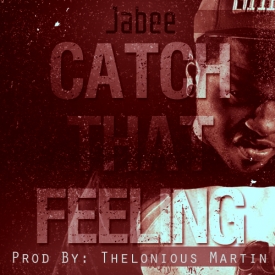