He's been away for a minute but right now, Detroit rapper Obie Trice is busy preparing for his latest album Bottoms Up which is set for release April 3. No longer signed to Interscope/Shady Records, Obie’s album will be released under his own label Black Market Entertainment.

As he sits down to chat with Earmilk, Obie Trice seems extremely positive about what the future has in store for not only his career, but for new up-and-coming Detroit artists as he has his sights on ensuring that through him, dope underground talent gets global shine.

In this interview, Obie Trice talks Bottoms Up, going on tour and why he would never sign to a major label again.

EARMILK: What makes Detroit hip hop stand out from the rest?

Obie Trice: I feel like we come from a musical city anyway y’know? We come from the Motown. That’s where Motown originally started from. These rappers, these talented mc’s they come from an upbringing where music is definitely a part of their home life, their upbringing. They just want to be creative and be into something they feel. It’s not only hip hop artists, but its r&b artists that’s here that are very, very talented. I just think it comes from our culture as being from Detroit, the Motown area. It’s just a musical city.

EM: Tell us a little bit about Black Market Entertainment. It’s more than just a label isn’t it?

OT: There’s a lot of things going on in Detroit as far as the economy and things of that sort. People need a tool to get out from just being a local artist. I want to get some of these artists branching out in an international vein. I wanna be able to have the capacity to do that in the future. That’s basically it. I wanna do what Eminem did for me, giving back. What he did for D12 and what he’s doing for Royce Da 5’9 from Detroit now. I wanna be a part of that movement. I believe that there’s a lot of talent here, not only in Detroit but regional. The Midwest period. Chicago, Ohio… It’s a melting pot of talent. I wanna be able to give them an international look instead of just a local thing.

EM: You motto was Obie Trice, Real name, No gimmicks – How hard is it to stay real in this game Is it even possible?

OT: It’s not hard from me. I don’t move unless I want to. That’s the thing about me. That’s the great thing about having my own imprint now. I will never, ever, ever, ever get another major record deal – forever in life. I will always put out my own music. I just feel like I never compromise my integrity for anyone. Imma do me regardless.

EM: So would you encourage other aspiring artists to remain independent? Would you discourage them from signing to a major?

OT: I think it’s smart business nowadays. I don’t knock the major label deals, at the same token it’s beneficial for the artists, especially if the artists have got some kind of establishment out here. So I just feel like, so why not be your own entity? Instead of being on a major label where most of the time the A&R’s are dictating what’s good music and you know that yourself because you are a creator. I look at it like I would rather just do it myself and keep it moving instead of having these major labels back you and all these other things. I would say it’s definitely a good experience to be on a major label though. A lot of things to learn and it’s very, very informational.

EM: You have a new album dropping April 3rd. What should fans be expecting from Bottoms Up?

OT: On Bottoms Up, I got Dr Dre doing production on it. Eminem is doing production on the album. He’s also performing on another record on the album. I have a lot of Detroit, young producers that are very talented. Producers who I give an opportunity to get an international look on this album. I have the Reeza brothers. Italian guys from Toronto. One does production and the other one is a singer. I met them on Myspace years ago and we have done several things together. Actually, Battle Cry is the first single from Bottoms up and they made the lead single. They are talented as well. The album is banging. If you’ve ever been an Obie Trice fan and you ever listen to Cheers or Second Round’s On Me or the Watch The Chrome mixtape that is out right now… You just gon’ get some Obie on ya ass! That’s just basically it.

EM: What are your plans for after the album has dropped?

OT: I just linked with a tour agent that’s crazy. This lady is very, very insane. She’s gonna have me very busy. So the next thing is definitely an international Bottoms Up tour. Worldwide. Hittin’ places I’ve never been. I’ve never been to Africa. I’m looking forward to setting something up to tour in Africa. I need to go to Africa. Brazil. Things of that sort. Of course, the UK. Canada, Australia and Asia. I’m looking forward to touring Bottoms Up and just being out there and touching my fans in the future.

EM: If I were to take a look through your CD collection, which artist do you think I’d be most surprised to see?

OT: That’s a crazy random question. Ummm… let me see. I would probably say either Frank Sinatra. Maybe Jill Scott. That makes people be like “Wow, he listens to Jill?”

OT: Make sure y’all look out for Bottoms Up, April 3. You can catch me on Twitter @realobietrice or you can go to my company’s website at www.blackmarketent313.com get all the latest Obie Trice information. 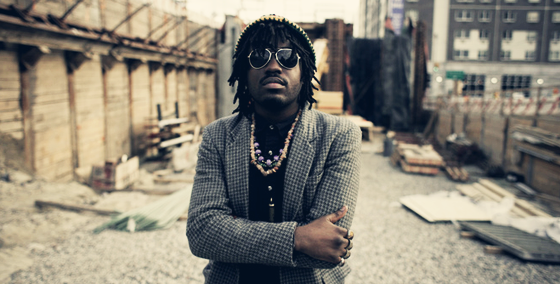 MeLo-X – Inside The Mind of MeLo 2 [Mixtape] 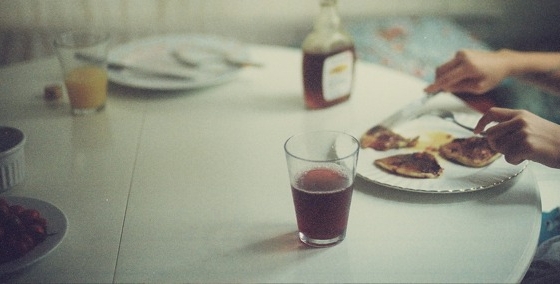