There's no question that fine craft can from all corners of the world, and Lithuanian duo The Sneekers is proof of that. The pair have been making big waves in a relatively small scene nested between Scandinavia and the rest of eastern Europe. Their location has given them the gift of indulging in a wide variety of dance cultures from the head smashing electro scene in Italy, to the agitated swings of Dutch and more polished niches from major cities like London and Berlin. Together they've been making their way up the festival ladder and have garnered support from heavy weights like Kissy Sell Out, Zombie Nation, and Hey Today!. And the bedding comes as no surprise, as their productions tip a hat to the four on the floor foot stomp of 2007. Rewriting the recipe by stripping down to the core ingredients behind a banger while adding their own spice to flesh out fresh noise with a nostalgic vibe. Not to be swallowed by a vicious sea of cheap imitators and commercial wannabe's the boys have showcased their best work yet on their latest EP Splash out now on GND Records.

Kicking off with Erol's extended remix of the Justice single "Canon", the duo bends on their roots to tee up the weekend. Transitioning into applauded tracks by the likes of Boys Noize and Tiga under their collaborative monikers ZZT and Handbraekes while tossing in some of their own numbers like "Buchla" and the yet to be released "Teddy". Expect nothing but prime grub from esteemed imprints like Boysnoize Records, Fool's Gold, and Turbo Recordings reveling in the habitats of electro, acid house, and techno. With a number of savory selections including Snuff Crew's remix of "Not Again" and a Sharooz remix by Scotland beatsmith Polymath. Overall the tape stands as a summary of quality, and a lush picture painted by the inner minds of garnished tastemakers. We caught up with the boys behind all the banter and batter to discuss past influences and projects in our interview below.

EARMILK: It says that you guys are a Lithuanian duo based in Vilnius and London, so what's the situation here? Do you two live away from eachother and which country do you get better reception?

Karolis: Yes, I live in London and Evaldas lives in Vilnius. We play more gigs in Lithuania. I moved to London because it`s a really great city and of course it`s all about the music! Also there is no -28 degree-winter in here, just autumn all year long!

Evaldas: We have our own studios, and we’re always online, chatting every day, sending stuff. Karolis comes to Lithuania almost every month, I go to London. It’s not that far or expensive so it's really not that big of a deal to live in different countries these days.

EM: I heard that you two are already making a living producing music for TV commercials and radio ads, how is this different from making a production geared towards the dancefloor? Do you prefer one over the other and does making music for commercial purposes feel like "work"?

K: For me it's really interesting that you can try on many different genres by producing music for commercials, from jazz, pop, rock to orchestral and even movie soundtracks, so sometimes you can get so much great inspiration from that. I think music making will never feel like a "real job", because to me it's a hobby and hobbies never count like "work", even if you get money from that.

E: Of course sometimes if you have to re-create the clip a billion times it gets annoying and you're always thinking, "when will I be able to work on my music again?" It’s really amazing if you can spend the whole day or the weekend working on your own stuff. Sometimes we wonder how cool it would be if we could spend all of our time creating techno music. Hopefully one day we will do that.

EM: Then let's talk about the music you love making. The first time I heard you two I thought your sound was some mix between a DIM & Tai collaboration and The Chemical Brothers so tell me your inspirations behind the Sneekers.

K: In fact there are some influences from that, because I grew up on The Chemical Brothers, The Prodigy, Daft Punk and so many great artists from the French house era. At the same time it was really good techno scene with Dave Clarke, Joey Beltram, Josh Wink, Umek and etc. So it kind of formed my perception of electronic music. When I was really young I used to listen to my dad`s old records like Queen, Pink Floyd, Deep Purple and I feel that love for those records is coming back! Inspiration comes from everywhere, I can hear a new track, buy an old vinyl or even accidentally knock some garbage in garden and hear a really cool sound that inspires you to make whole track. The most difficult thing is to keep up with that, stop doing everything else and concentrate on that moment as it`s so hard these days with all the internet!

E: I think I was always more into house music – Pete Heller, David Moralles or Deep Dish. And of course like everyone from our generation influenced by Daft Punk and The Chemical Brothers. But when I heard Justice, Soulwax, Digitalism, Alex Gopher for the first time and all that other distorted beefy killing noisy stuff I realized that this is the music I want to play and create.

EM: On the topic of distorted beefy killing noisy stuff, I'm pretty convinced that if you released your Splash EP a few years ago you guys would have blown up. What are your opinions on the evolution of electro since 2007? Does the genre have a future and has the mainstream spotlight changed it from what it was all those years ago?

K: I can't really say much about a difference in electro music because Evaldas introduced me to the genre in 2009 (right before we decided to form The Sneekers), so I think I'm really new to the scene. I'm still discovering so many great tracks and artists from the nougthies. I can't say it's better or worse, the music is just changing. From what I've seen since, everything is going more techno now but then again nowadays there is so much music and so many genres, that sometimes you can`t tell if it's techno, electro, house or 4×4 click track. Everybody's seeking for something fresh and new, something not heard before. That leads to new sub-genres and mixtures of styles. It`s so interesting.

E: Thanks. We don’t have a time machine so we can’t go 5 years back, but we have our computers, synths, compressors, beats and other stuff. So we’ll try to concentrate on creating something interesting for the future. One thing we decided with Karolis, when we started The Sneekers is to do music we like and that's what we're doing right now. We're pretty happy, because our music gets more attention every day from our fans and even amazing DJs and producers that we've loved over the years. That’s what’s most important to us.

EM: The year is still young so tell me what do we have to look forward to from the Sneekers? Any EPs and remixes in the pipeline?

K: Oh it seems like a really interesting year is coming. We have the Modern Pleasure Remix EP coming out on GND Records which has a lot of great remixes from so many big names! Then a new original EP also coming out on GND Records. We also have two new tracks that you'll be seeing in two big compilations that I can`t talk about at the moment, but I can say we are so excited! Then a remix for Herve`s track "Gnarly" from his upcoming album on Cheap Thrills, a remix for Elektropusher on his Mood Gorning remix EP also on Cheap Thrills, Blatta & Inesha remix on U&A Records, and a few more remixes I can`t tell you about yet so there's lot's of work on new music! 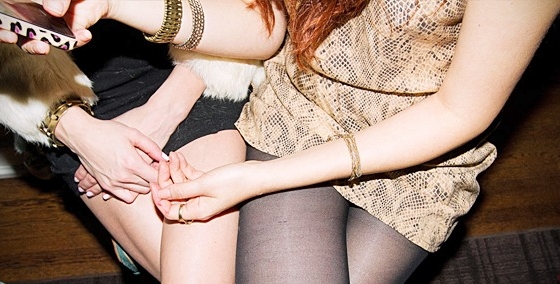 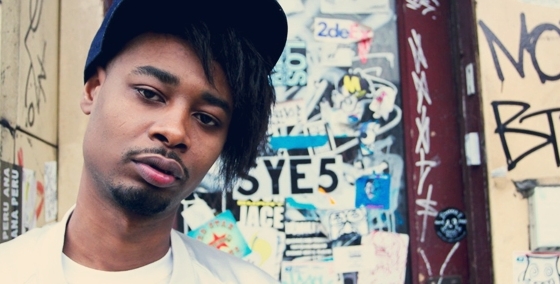