It's that time of the year again - Germany's dancefloor titan Boysnoize Records released the third installment to their Miami Noize compilation series in sync with the rising heat of festival fever. An annual release that has always been bent on quality from cover to cover, last years rendition gave way to summer smashers like Bart B More & Harvard Bass collaboration "Listen To This" and what was once considered an acid revival, Shadow Dancer's "Macid" shed light on the sounds of today. The streak of works have always served as a platform, rounding up the BNR posse to showcase fresh faces amongst some heavy players. If there's anything to say by looking at 2012's tracklist it's that the collective is growing. With Alex's latest support for the pervy styley MC Spank Rock opening the doors to obnoxious horns and nasty rhymes foreign to your average house record. Boy-girl duo BS1 continue to flaunt their consistency as a couple with a sound that you can't quite put your finger on, a trait deserving of the BNR name. And one of the imprints most exciting acquisitions Audionite arguably fleshes out his strongest track yet channeling an intoxicating industrial aura along the lines of Cosmin TRG with a punchier groove.

To carry on in traditional Miami Noize fashion, the release features a fusion of two great minds Felix Cartal and the returning Bart B More that results in a revving remake of the Homework classic "Rollin' & Scratchin'". A track that is well overdue for a dig out of the 90s. And not to mention the poise of the sophomores to this series, the label's audio engineer Jan Driver also manages to nab some pre-Human After All influences from Daft Punk in his track "Bacon Hill" while Shadow Dancer sweeps the floor yet again in an acid frenzy of 303 and 909s. But who's that hiding under the mask of Elax? Papa Ridha of course, the man pulling the strings makes a cameo appearance in a rather bleak looking costume. Not to mistake his pitch "Don't Do It" as dull and boring, the tune is the most cathartic of them all with a breakdown melody to send chills down your spine while you step to somber notes that grab you unlike other tracks heard before. Miami Noize 2012 trumps the previous generations and continues to push the bounds because that's what separates boys from men, the overhyped Beatport cookie cutters from the soul driven BNR fam that go out with class. 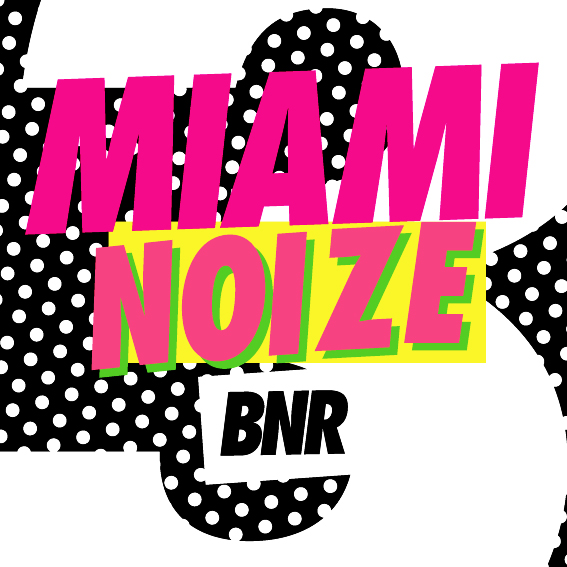