Big K.R.I.T. had one of the best releases last year when he dropped Return of 4Eva. Everything about the release was perfect as it contained that southern rawness mixed with with a unique clairvoyance as though he was wise well beyond his years. He has all of this wrapped up under the genre of "rap" which is somewhat surprising. In the urban field, there has always been a battle between "hip-hop" and "rap" and really it boiled down to which one was more "conscious". The title usually goes to hip-hop as it covers the back-packers, skateboarders, etc. And rap is usually the music with the harder beats, more drug/hood metaphors and usually has less conscious lyrics. But thats where Big K.R.I.T enters as he definitely falls into the "rap" category in sound but he also has the uniquely deep lyrics about life that you would find in older southern acts like Outkast. He's obviously in good company and has something to say.

So, today Big. K.R.I.T. has just dropped a brand new mixtape entitled 4Eva N A Day. Not only does it include all of the elements I previously mentioned but you'll also find that the whole mixtape was arranged and produced by the man himself. What more can you ask for in music honestly. Enjoy. 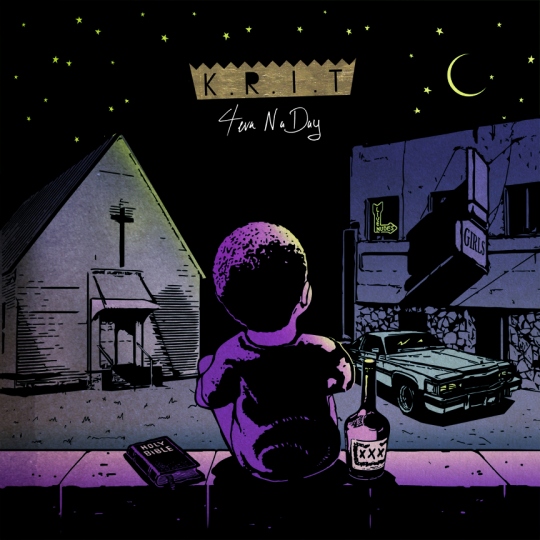