Welcome to THE CLUB. A weekly dose of your favourite house, progressive house, electro house, and everything-in-between.. Each week I'll bring you a selection of my favourites of the week from the best producers in the world. I'll try to feature an emerging artist or two that catches my eye more than most, so make sure to keep your eye out for weekly servings of the biggest and best names in house music worldwide.

Last week's mix focused on progressive house melodies and beautiful vocals, and while I will always appreciate and LOVE the uplifting energy that comes with those big room bombs, sometimes you just need some serious heavy hitting, club shaking electro house. Enter, THE CLUB Best of Weeks 20-23, mixed by Midknight.

A few weeks back Nicky Romero and MYNC released a mix album featuring several unreleased tracks including Nicky's own "Se7en". This is quite possibly the best track so far on a long list of releases for the superstar DJ/producer, and unlike a certain Swedish DJ who releases a track every 3 or 4 months, Nicky Romero has been pumping out top notch progressive/electro house monsters week after week. Its rare that you will see a week of The Club here on Earmilk without a Nicky Romero original or remix, and all this despite touring constantly around the world playing sold out shows and festivals night in and night out.

I'd like to introduce you to a young producer who, at just 19, is already making waves on the progressive and electro house scene. Pierce Fulton just released his remix for Felix Cartal's latest gem, "Domo", and not long before that, his track "Who Wants Spaghetti" grabbed my attention, as I'm sure it will yours. He's certainly on the right path and with quality releases on the horizon I look forward to hearing whats on tap from this kid. Make sure to also check out the Dzeko & Torres bootleg remix for Of Monsters and Men's "King and Lionheart". We'll have a 30 minute mix and an interview from the duo next week, so make sure to check back for that. They've already been featured on Tiesto's Clublife and have been working hard in the studio lately on epic bangers such as "Whoop" which I featured here last week.

A few weeks back, one of our favourites here on The Club released possibly his heaviest track to date. Marco V's "Analogital" drops much bigger than his previous work, and just when you thought it couldn't get any heavier, Bassjackers and Hard Rock Sofa go and release remixes that take it up to the next level. I'm going to give Hard Rock Sofa the nod on this one as my favourite of the remixes, as it gives just a bit more depth to the original but maintains that distorted bass synth that Marco V used so perfectly on the drop. Also featured today is Marco's remix of Sharam Jey's "Living Like I'm Dying" which furthers my point about Marco going heavy. The once trance-like progressive house master has transformed his sound into a fusion of progressive melodies and electro basslines.

If you're a fan of Swedish House Mafia and if you were lucky enough to catch their set at Madison Square Garden  a few months ago, then you've probably heard of Nari & Milani. SHM dropped "Atom" in front of 20,000 people and since then, it has been THE song that we are waiting for. With memories of Sandro Silva & Quintino's "Epic" resonating throughout the track, Atom is certainly going to be one of the songs of the year… if its ever released that is (scheduled for March I hear). In the mean time we get to experience the incredible talent that is Nari & Milani. Their versatility has been the most impressive aspect of these guys, as they have managed to deliver tech house bombs in addition to the progressive bangers that you'll see here. This week Robbie Rivera steps in to lend his hand on Nari & Milani vs Maurizo Gubellini's "Slash", and then in return, Nari & Milani and Maurizo Gubellini take a run at Robbie's track, "Turn It Around".

Dimitri Vangelis & Wyman have been on my radar for a while now, but with their release of "Roll The Dice", they seem to have found their calling. Hailing from Stockholm, Vangelis & Wyman have turned from purely progressive house into a mix of electro house elements set within the uplifting atmosphere that only the Swedes can master. Their remix of Coldplay's "The Scientiest" breathes fresh life into one of the most memorable songs in the last decade, and all while keeping the relaxing vocals of Chris Martin in the forefront. If you don't like this one, there's something wrong with you. 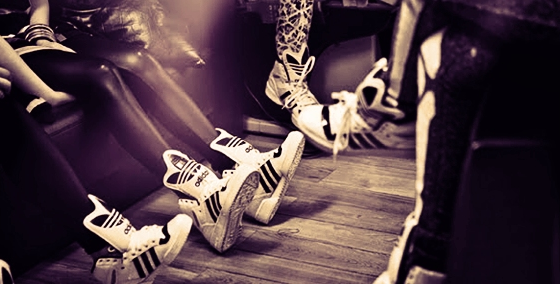 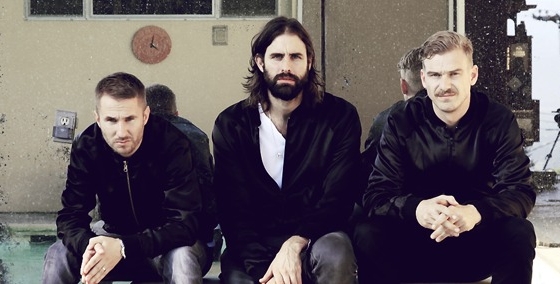