On a sunny day in Santa Monica, Skrillex waits at the soundboard of a local studio while John Densmore, drummer for The Doors, enters the room. “I’m a dinosaur,” says the legendary drummer, “I’ve never heard of you but my son wants your autograph.” Skrillex, who took home three Grammys last weekend, has a similar sentiment. “Really? That’s cool,” he says, “I’ve heard of you. The only difference is my dad would probably ask for your autograph too.”

In a day and age where the same generation of music lovers who worship Skrillex may not have the slightest idea who The Doors are, director Amir Bar-Lev’s RE:GENERATION MUSIC PROJECT seems ambitious though incredibly timely. The premise of the film, which will be nationally released on February 16 and is sponsored by The Grammys, assigns five iconic DJs with a different genre of music and an original arrangement within that genre that they will use to create a remix. The end product is an entirely impressive genre-bending soundtrack that not only inspires a greater appreciation for music but is highly listenable as well.

Working with the remaining members of The Doors including Densmore, Ray Manzarek, and Robby Krieger, Skrillex creates “Breakn’ a Sweat”. Combining “traditional” dubstep sounds with Krieger’s guitar shreds, Manzarek’s tantric, organ-like chords and Densmore’s drumwork, the track that is not only psychedelic dubstep but psychedelic rock as well. Manzarek’s vocal outbursts (“That’s good!” he exclaims, repeatedly) amplify each bass drop. It's difficult to feel ambivalent about a track as textured and rhythmic as this.

After touring Detroit to get a taste of the city and its rich music history, The Crystal Method took to infusing soul songstress Martha Reeves’ vocals into a quintessential Crystal Method track with R&B instrumentals over a rock-electronica uptempo. Reeves sings a spirited ballad to the Motor City as members of The Funk Brothers add a distinct funk vibe to “I’m Not Leaving”, one of the most lyrically compelling songs on the RE:GENERATION soundtrack.

“Wayfaring Stranger” brought Colorado-based dubstep-glitch hop-electronica DJ Pretty Lights together with Virginia bluegrass artist Dr. Ralph Stanley. A very unlikely pairing from the start, Pretty Lights was charged with the task of working country music into his track. “I was not excited, to say the least,” he says over footage of a trip to Nashville. “I guess I just hear the ‘twangy-ness’ and [I] was having a hard time visualizing that sound with my style,” he explains as the b-roll cuts to one of his concerts with green lasers shooting through pillars of smoke. Despite an overall discomfort and slight indifference to the twangy genre, “Wayfaring Stranger” emerges as one of the most interesting songs on the project. Pretty Lights is able to secure vocal reinforcement from LeAnn Rimes, whose voice is manipulated to contrast Stanley’s reverberating serenades and guitar picking. The solemn song is marked by coarse, echoing beats that is something of an achievement in combining two seemingly incompatible genres.

Starting off with an intro so bold it nearly rivals the Star Wars soundtrack, hip hop’s premier DJ ventures into the domain of classical music, working with trained composers and conductors to teach him how to translate his ability to mix and scratch into something the Berklee Symphony Orchestra can contribute to. The outcome is a delicately brooding yet powerful composition that never loses its hardness. With rapper Nas on deck, whose potent flow lyrically marries the coexistence of two very different music styles, an extra layer of intensity is added to the track. Premier’s humorous lesson in conducting “Regeneration”, the title track of the entire album, was equally evocative to listen to as it was watching it being made.

Mark Ronson’s work with members of the Dap Kings Band, Trombone Shorty, Zigaboo Modeliste, Mos Def and Erykah Badu is the most upbeat song the album has to offer. “A La Modeliste” gathers Ronson’s ability to not only re-arrange music but draw out all instruments and vocalists involved; with a full brass band and two vocalists, it's a prime example of how too many cooks in the kitchen isn't always a bad thing. Ronson aimed to do jazz justice but with a New Orleans twist, as the recordings and performance all took place in the French Quarter (hence Mos Def’s appearance, as he was in the neighborhood). Badu works in a magical way, with her songwriting skills and profound vocals instinctively drawing the lyrics from a brief conversation with Trombone Shorty about gumbo. From there the lyrics are applied to a jazzy, brassy, full-bodied melody that leaves the ears salivating for more.

RE:GENERATION is a triumph for all generations as younger music lovers will grow in their knowledge for the forefounders of the music we hear today, while seasoned music lovers can appreciate the versatility of contemporary artists to work with unfamiliar genres, all for the sake of creating something new and entirely unique. With precise camera work and skillful footage, we are brought into the studio, onto the stage and into the minds of these musicians as they venture into truly unchartered territory. An honest and fascinating look into the art of making music, the film will strike a chord within any music lover. We can only hope this means another generation of brave new music. 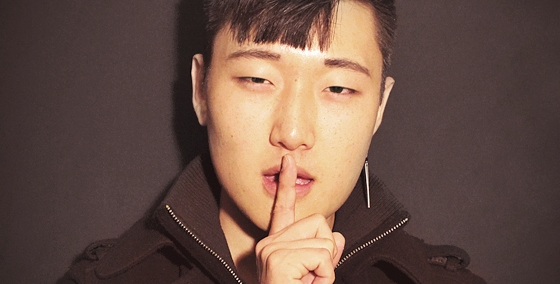