The year is coming to a close, and in less than a week 2011 will be no more than a memory. As we set our resolutions and prepare for the next chapter in our lives, many of us will be reflecting on the past year and the events that defined it – both for ourselves and society. For Earmilk, every year is defined by the music it brings to the table. We live and breath music over here, celebrating it to the highest extent as well as scrutinizing it to the finest detail. The beautiful thing about music is that unlike memories, music will never fade away. It has been a fundamental part of our world for ages now, and will be until the end of time. To cap the year off, Earmilk has put together a list of our top albums in Hip-Hop, Electronic and Indie music. Each list was put together by a collective group of our writers in their respective genres who worked feverishly to create a set of albums that we consider the best of 2011 – not necessarily the most popular albums, nor the most successful albums, but the albums that we as experts found iconic for the artist, the genre, or our readership. We recognize that you may feel one way or another about this list, an album within it, or an album left out – so we encourage you to leave feedback in the comments below and rave about how disappointed you are that Justin Bieber’s new album isn’t #1 on the list.

For indie lovers like ourselves, 2011 spoiled us rotten, and while many indie icons released new albums (The Black Keys, Beirut, Bon Iver, Florence + The Machine, etc.), due to the amount of stellar new acts that debuted this year, we decided to leave the already established bands off this list. We were introduced to so many talented debut acts in 2011 that if we didn't choose this plan of action we'd feel as if we were snubbing a good amount of well-deserving new artists. The list is compiled of artists that made their mark in 2011, and while a few of these albums are by artists who have released works from earlier than this year, each album served as break-out productions for the artists involved. With countless hours devoted to finding the latest in distinguishable, taste-making music, our hope is that these posts help remind you as our readers of albums you should have acquired, as well as introducing you to the many essentials you may have missed over the year. Enjoy the list below, and check back in tomorrow for the first part of the Hip-Hop list, and again every day until 2012 for the final lists in Indie, Hip-Hop and Electronic. You're probably saying to yourself right now "Wait, hold on – Foster The People's album Torches – the same album that produced the most popular indie track of the year ("Pumped Up Kicks") and captivated the hearts of the masses – is only number 20?" Yes, you are correct, and no, your shock is not a surprise to us. While we acknowledge that Foster The People was easily the most popular break out artist of the year, this list isn't a popularity contest. Torches is what we wanted MGMT's second album to be, and more. It is incredibly catchy, and a pleasure to listen – and dance – to. The problem with the album is that every track sounds frustratingly similar, not to mention the lack of originality. But let's not focus on the negatives – this is one of the best bands of the year, and this album is incredible (it wouldn't be on this list if it wasn't).

Foster The People was formed in 2009, and contrary to popular belief, have been delighting fans since early 2010. Yet it wasn't until 2011 that their breakthrough moment came through, and it came with a bang – as they sold over 320,000 copies of their debut album Torches. Anyone who listens to the album will soon find out that there is more to it than "Pumped Up Kicks", as every single track on the album is equally delightful [see: "Houdini" and "Call It What You Want" below]. The band has an uncanny ability to take incredibly morbid vocals and sew them into a jolly melody, and have put together one of the most iconic albums of the year in Torches. — Ronnie Gothic ambiance and lo-fi nostalgia is what comes to mind when thinking of Cat’s Eyes. The band consists of Horror’s frontman Faris Badwan and professional singer Rachel Zeffira, so you can imagine what their album can sound like. If not, think of a boy and girl making punk music in a garage filled with weird electronic nobs. — Briana (Banacrisp) Perhaps being a girl makes me a snob with judging other girl bands, but Love Inks left an impression with the works on E.S.P. These girls from Austin, Texas are excellent at creating an experimental girl force. The tracks on E.S.P. gently breezes through with sweet voices complimenting the indie-pop gang. If you’re fans of Warpaint, Love Inks might also be your cup of tea. — Briana (Banacrisp) Alex Winston has a sassy voice that is fearlessly synthed in an endearing 60s manner.  Sister Wife's “Locomotive” and “Sister Wife” are fascinating pop gems with perky vocals and an electronic folk band. Winston’s style is definitely unique and innovative placing her at #17 on our favorite's list. — Briana (Banacrisp) Jhameel is in a class of his own.  The wonderboy Prince-reincarnated is a talent like so few others. He writes his own music. He plays his own instruments. I've compared him in the past to Sufjan Stevens– and I'll stand by that comparison. His breakout album The Human Condition is a delightful collection of songs that take on the difficult task of addressing the universal issues we as a society often ignore. The tracks "Human Condition" and "Soldier's Daughter" provide a solid example of Jhameel's range as an artist, as well as the variety within the album. "Human Condition" is an upbeat, electro-indie-pop fuzed banger that takes stabs at the contradictions we face and relates them to his own life, while "Soldier's Daughter" is an acoustic folk song that is written as a discussion with a soldier's daughter, taking an inside approach to the heartache of war. In summary, the album has a song to address any issue, and even though it occasionally dives into the darkest chasms of our uncertainty as a society, it will ultimately leave you refreshed and smiling. — Ronnie Falsetto, harmonic choruses, and clean guitar. These are the key elements in what has become a mercurial sound, unique to indie rock and supported by universal appeal. A sound that has been captured by so many bands across the board, it has become almost synonymous with indie success. Bands utilizing this combination have almost all blown up on the indie scene, and so, as the scripture says, another prophet has been born out of the ashes of the trifecta. Appropriately named High Highs, they are, in essence, Fleet Foxes with electronic atmospherics. Their sound is like a bittersweet letter to the listener that tears one down to a state of profound honesty, humbling one's soul. Their self-titled debut EP was released as an example of indie music at it's finest. Kicking off with "Open Season", the band relives the terms' original spirits as it delivers ambience through overwhelming percussion. Flowing up and down, contrasting excitements throughout, the band dips from the flagship track's ecstatic extremes and perseveres with with a almost ironic lethargy, delighting the listener through "Flowers Bloom". Following suit, but to a more considerable extent, the EP floats down with "Ivy" before being slammed back into a dimensional stampede with the epic final track "Horses". — Ronnie This summer, Fat Possum Records released an album that iTunes categorized as “Adult Alternative”. Now, add that genre  onto an empty desert with sudden heat waves, the effects would stir together to make Unknown Mortal Orchestra’s self titled album, Unknown Mortal Orchestra. At first, it might not sound desirable, but UMO’s creation is everything we love in psychedelic rock and roll. It is a collection of lo-fi head bangers. — Briana (Banacrisp)

Much like the EP’s title, Joseph And David rose up from the music scenes of UK. Influenced by classic folk and rock, Rise Up The Sun is a teaser for their future album. With vocals as emotional as Glen Hansard to a music as full as Bon Iver, anyone would be foolish to pass this on. The five-song  EP is organically gratifying with quality talent. — Briana (Banacrisp) Toronto trio Austra is likely what Florence + The Machine would sound like if she were a three part indie band. The Canadian queens' debut album Feel It Break is an epic arrangement of dark, ethereal vocals, blustered drums and an array of synths act as a foundation for the vast, eery sound that the album encompasses. The sophomore track "Lose It" launched the band to the forefront of the blogosphere, and Katie Stelmanis' slightly tremeloed vocals shout for the safety of a relationship, echoing a fear that we can all attest to – of losing our loved ones. From the first track to the curtain call, the album is a remarkable collective from a talented band that captured our hearts and has us anxiously waiting to see what they do next. — Ronnie Earlier this year, I had the distinct pleasure of interviewing Liam Sanagan, the voice behind his Toronto-based, indie-pop act LUM. EP 1, also known as The Fruit EP, is Sanagan’s debut release currently available for free via JUICEBOXdotcom. Recorded entirely in his home, EP 1 is an outstanding demonstration of Sanagan’s role as a multi-instrumentalist and vocalist. In “Reaction”, the sound of synths, electronic drums, and guitars are all masterfully arranged to create a dance-party feel. Sanagan’s lyrical debut is strong throughout the entire EP often singing about the various experiences and people he has met throughout his life. In “00 After 20”, Sanagan sings, “You look just like your mom/When she was about your age/ I guess she was a real blonde bomb…” EP 1 is short, fun, and straight to the point, and a debut that is filled with originality and creativity, all from one man’s bedroom. — Chris

The top ten albums of the year will be posted on Dec 29th. Check back in for the Hip-Hop writers' top 20 (20-11) albums of the year. And now that you're finished, why don't you show some support to our writers by following them on their 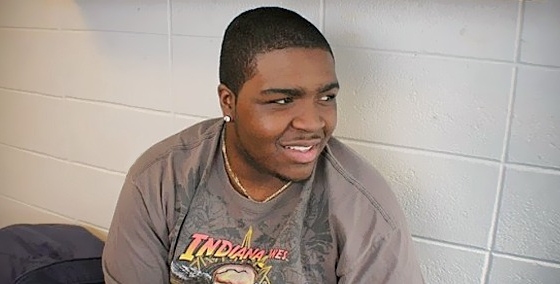 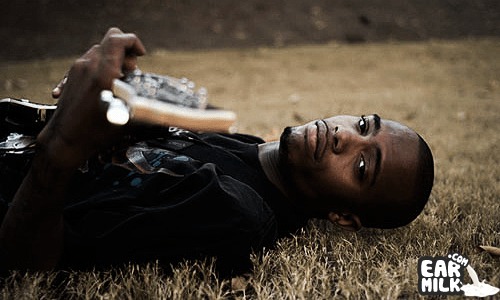