French Fries is a sophomore enrolled in the school of forward thinking. You may have first spotted the name from his major break "Senta" which become a tribal swinging hit in a time of dutch house verbose. He's since put on a Parisian bass face, playing his cards with chasing jungle percussion and purring low ends. 2011 was definitive for French Fries and his latest EP on ClekClekBoom closes the year off with some of his greatest work yet. Call them his two aces, the bootlegs for "Champange" and "Hugz" has had bass heads drewling over their impending release. These are tracks that have forced DJs to trade in their sense of audible dignity for cheeky b-more hooks and a rumbling low end. Marrying wine house connoisseurs with weekend college meatheads, no can resist. 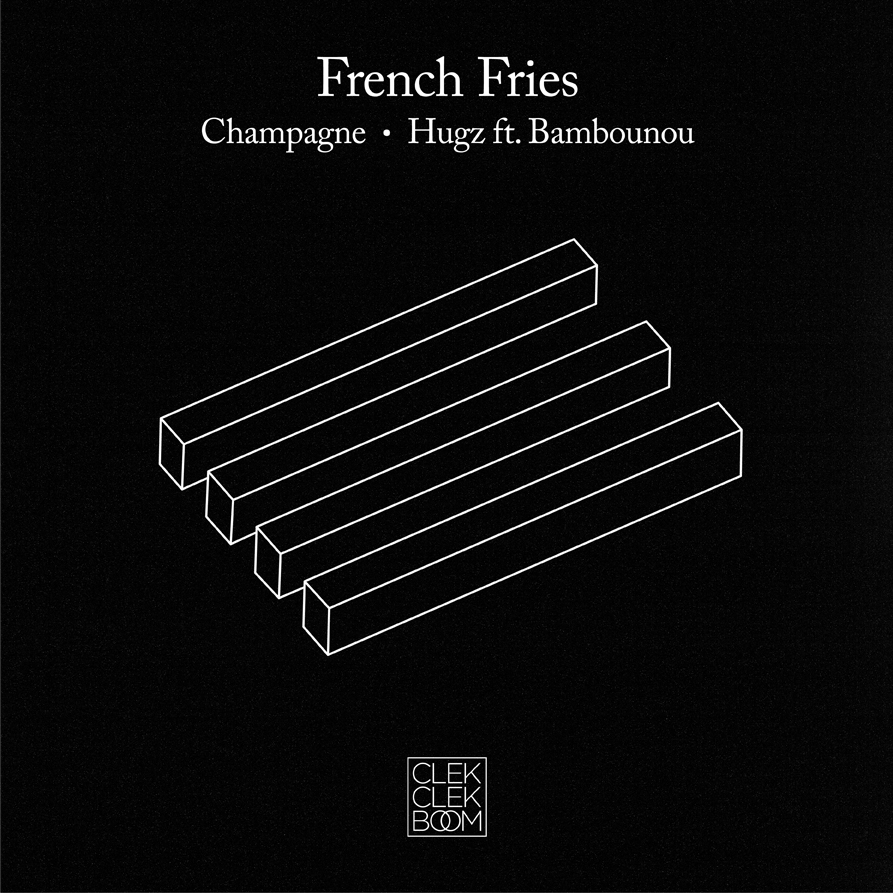 Love juices flowing, and that was only the B-side. Open the flood gates with "Champagne", just make sure there's room to bust. You'll also want to check out his other collaborations with fellow play mate Bambounou on the Nappy Head EP and the beauty that is Lequisha, his previous solo dropping. If internet cat battles are your thing, follow these two frenchmen on twitter and challenge them with your own domestic pussy or just catch up on their latest.