I wasn't entirely sure how to frame this post: Crocodiles have been around since at least 2008, with two LPs out on Fat Possum Records and a handful of EPs to boot, and they're pretty well-liked within particular circles, but they're not exactly huge, and they've never been posted on Earmilk before. Although this post is partially a show review, I thought it might be best to frame it as a friendly introduction, rather than coming out of left field with a review of an obscure concert by a band we've never brought up before.

Crocodiles opened for Dum Dum Girls at the Paradise Rock Club in Boston this Wednesday, and they proved that the psychedelic rock / post-punk scene first cultivated by bands like The Jesus and Mary Chain and Joy Division is alive and well. Crocodiles remind me of these bands in addition to The Beach Boys, Primal Scream and Telescopes. Their work may be largely derivative of these older styles (appropriate, since I saw Lawrence Lessig, the author of Free Culture and Remix, speak just before pedaling my way to the concert) but it's catchy as hell and really fun to listen to.

My favorite is 2009's Summer of Hate, which is full of catchy tunes like the title track, "I Wanna Kill," "Flash of Light," and "Soft Skull (In My Room)." 2010's sophomore LP, Sleep Forever, is also an enjoyable listen. Their live set was a noisey blast of energetic nostalgia, and its brevity left me craving more. If you've ever found yourself wishing you had been of concert-going-age ten or fifteen years ago (as I often have), Crocodiles are a great band to see: they definitely evoke the feeling that I imagine that age having without feeling like a mere cover band.

Wishing I could provide photos from the event, but an unexpectedly hectic evening left me unable to fetch my camera on my way to the show. Instead, enjoy the music and a cool live video! 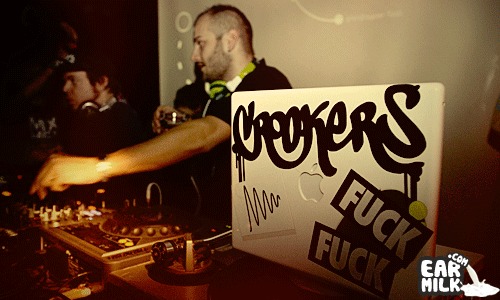