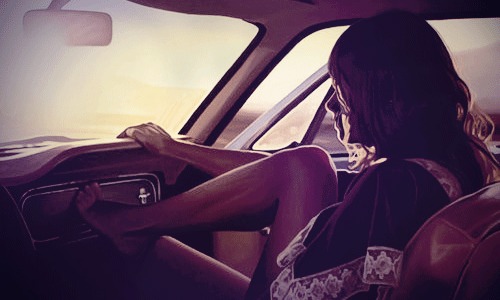 One of the biggest (and perhaps least touted) perks of writing for a sick-ass music blog is hearing about new music you might not otherwise have stumbled upon from your colleagues (should I instead refer to them as something more casual, like my "homeslices" or "bronuggets"? "Colleagues" feels odd). Anyway, one such discovery for me was Jan Driver. Post-Electric-Zoo, it was sort of difficult to expand back into musical discovery, since all I wanted to do was relive that magic, but Jan Driver allowed me to transition into being a real human again. I think one reason for that might have been the variety available on his September 5 LP, Amatilda.

Amatilda, Jan Driver's first full-length release, draws from a lot of different genres and influences, and there's really something for everyone on this LP. There are heavier, more electro-based tracks that remind me of Ed Banger's Sebastian, but there are also more lightweight numbers, and the 16 tracks offer quite a wide range of tones. "Blow" will rev your engine. "Tin Tin" is slower and more minimal, though not without some lines that hit heavy scattered throughout.

06-jan_driver-lets_do_it_together_feat_siriusmo
Stream Only: Jan Driver - Let's Do It Together Feat. Siriusmo

"Let's Do It Together" brings in guest Siriusmo with off-centered robot sex talk and an aesthetic that reminds me (for some inexplicable reason) of the dark, minimal dubstep style. "Golden Super" is a faster-paced, lightweight song with a retro video game feel. "Raveyard" is one of the strongest bangers of the album, although it's been released (and posted) in the past, so I won't include it here. "Flags" is dark, with deep percussion that you'd think would feel out of place in electro (but don't worry, it doesn't).  "Intruder" is sort of creepy and brings in a hint of the exotic.

I think the later tracks are my favorites here: it seems like with a lot of albums, the songs that stick with me are those that come early, while I'm still paying full attention, but this one ends with a bang. The early tracks are good, but many are a more simple kind of good; towards the end, more subtlety comes into play and things get continuously darker. Amatilda is a super solid set of tracks that bring together familiar tones and genres into something new and fresh.