Shlohmo's Bad Vibes (out August 9 on Friends of Friends) has a confusing title. "Bad" is not a word I would use to describe these vibes--tranquil, peaceful, breezy might be more apt choices--or so you think, until the album takes a turn for the darker about halfway through. This album comes across as more ambient than Shlohmo's earlier Shlomoshun did; there were tracks there that were more like singles on Shlomoshun, but this feels more like one, cohesive piece.

The beginning of this album is, honestly, on the verge of boring: the tracks are amorphously pretty and ambient. Being amorphously pretty can be a good thing. There are no jarring moments, no tracks to skip. The albums lulls you into a sense of safety, and you might even be on the verge of ignoring it, until the "Bad Vibes" begin in "Trapped in a Burning House." This is definitely a turning point in the album; suddenly, there is dissonance and a strong sense of something truly dark. You almost want to escape from this track, but you can't stop listening, and I for one was grateful for the addition of some unexpected sinister tones.

I was prepared, before this track, to write a mellow review of "Bad Vibes," touting its ambient, tranquil qualities, maybe even dismissing it as an album to sleep to, but "Trapped in a Burning House" is discomfort at its best, and although this is the peak of the album's dark side, the tracks that follow continue with the more complex feelings explored here, making them much more attention-grabbing and engaging than the earlier tracks on the album.

In a way, this album is almost better taken in as an hour-long mix than a collection of tracks. Without the context of the earlier tracks and the consistent buildup throughout the album, you can't really appreciate the variety of emotions available here. And in that capacity, "Bad Vibes" does a great job. Although I enjoyed listening to the last five or six tracks the most, I don't think that they could hold up nearly as well if they were their own five-track EP; they need the lightweight, airy early tracks to provide contrast.

This feels like a children's story gone awry, moving from fun and breezy, comparable to a tropical vacation, to a descent into eerie reality. Even the song titles suggest some sort of narrative, but the nice thing about a lack of actual words is that you can create your own adventure. 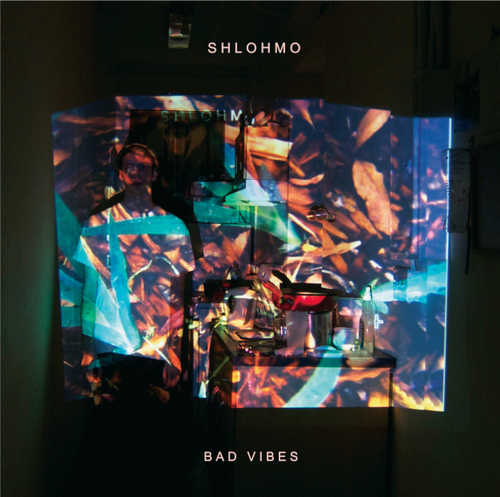