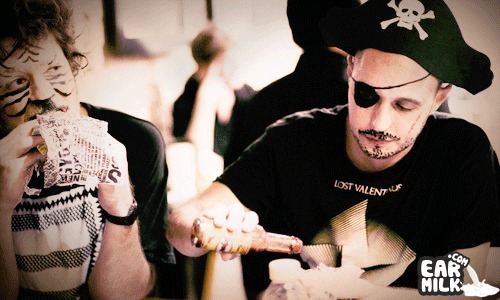 Bag Raiders and Modular Records are prepared to release a series of remixes for "Not Over". The original track hit the interwebs by storm and quickly spread to every major blog and eventually to every set of headphones on the planet. And now they have just released one of the first major remixes for free. The remix comes from New York DJ Eli Escobar. These remixes are being released all while Bag Raiders make their way across the US and Europe in their massive tour and they've just added a ton of new destinations which you can check out below. Check out the remix and expect the remix album to drop next month.