The board of directors behind Canada's most highly sought-after music aware have announced the long-list nominees for the 2011 Polaris Prize.  For those of you unfamiliar with the Polaris Prize, it is run by a Canadian non-profit organization that awards Canadian music of the highest quality and integrity, regardless of radio play or album sales.

In a more detailed description of the organization itself, the people at Polaris describe it as "a not-for-profit organization that honours, celebrates and rewards creativity and diversity in Canadian recorded music. Polaris recognizes and markets albums of the highest artistic integrity, without regard to musical genre, professional affiliation, or sales history. it is is adjudicated by selected music journalists, broadcasters and bloggers."

Click here for the complete long-list of artists nominated for the 2011 Polaris Prize. 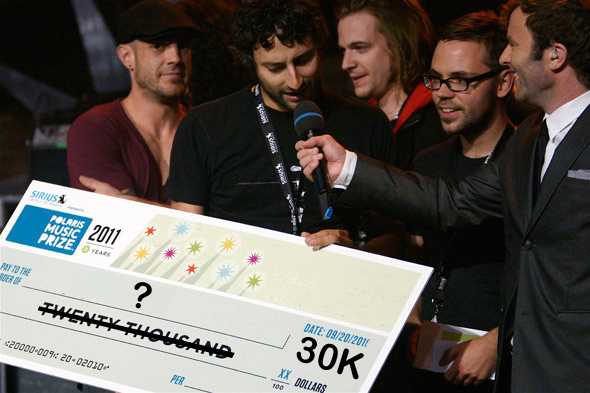 Some of my favourite artist who've made this year's long-list include Tim Hecker, Arcade Fire, Braids, Dirty Beaches, Timber Timbre, and Young Galaxy. Some other notable nominees include The Weeknd, Sloan, Stars, Neil Young, and PS I Love You among many more.  The competition is intense, to say the least.

Here are a couple tracks from my two favourite nominees:

Check out more details about the Polaris Prize here.