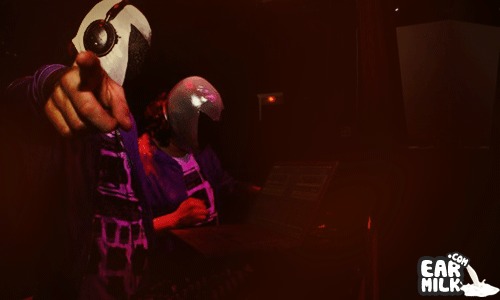 Many DJs have been (seemingly) scrambling to hit that Skrillex vein that Sonny Moore has been banking on. I'm not particularly impressed with this trend (yes I said it) but then again, dance music is built on innovation within a new sound. It's how dance music can move at the speed it does - everyone's drinking the juice.

La Musique D'Ordinateur join the ranks with this metal gone electro whatever remix.

p.s. I don't think that "Skrillex" sound really deserves a full on title yet (one success does not a genre make) but if you got ideas... let me steal 'em and claim 'em for my own. merci. and no I don't consider Skrillex just "dubstep" but then again, how much dubstep you see me post?