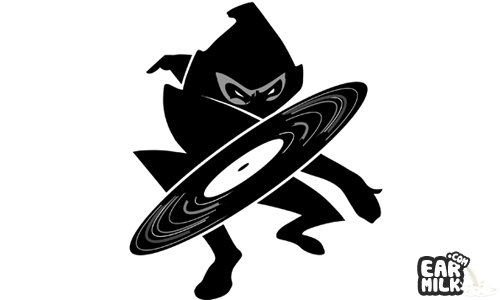 Sooo for my cherry popping, I've decided to share what was probably the best gig of my life (seriously) that went down this past sunday at the Royal Albert Hall. Ninja Tunes XX Bday Celebrations. I'm Giles Aka Skinny G when in Ear Milks pasteurized land of strong boned and mustached beings (It is just a nickname that stuck I am definitely not gangsta).

This is my first ever post! If I ramble too much please forgive me, I am going to try and keep it as short and sweet as possible.

Sooo for my cherry popping, I've decided to share what was probably the best gig of my life (seriously) that went down this past sunday at the Royal Albert Hall. Ninja Tunes XX Bday Celebrations.

As I sauntered along the street mentally embedded in trying to puzzle out how Dorian Concept, and Amon Tobin were going to spend a night with Cinematic at the Royal Albert Hall I had images of a pompous crowd of onlookers, banned from standing or dancing to DC and AT's normal high energy style shows. Oh how wrong I was.......

As it happens AT didn't actually end up being there :(  due to some issue with visa's or some other kind of bollocks with immigration. Luckily what was actually going down was, Amon had composed an interpretation of his songs and adapted them so they could be played in a classical style by an orchestra. I occassionally get down with some classical but this plucked my emotional chords like a double bass, tears, joy, hope, anxst, anger, a little bit randy and any other evocative word used to describe emotions you can think of went on.

DC came up next with his usual self depricating and humbly endeering attitude. He had a 5 or 6 piece ensemble behind him and a drummer man named Cid Rim who is not of this planet and I swear had at least 7 arms. This was atmospheric and surreal, with DC live on the piano, laying down samples and the orchestra backing him up. The second half let Cid Rim loose and Oh My Days!! If you don't know this guy check him out. Sickest drummer of the year easy. This was jazzy, funk, hip hop fuelled beats at their purest. I looked around self conscious, luckily though everyone else's jaws were trailing the floor and dribble running out the side of their mouths as -well. This was monumentally good music!

Finally we got to main event. Which, to be fair, is like saying lager is better than tequila, both are probably the best thing ever created but together....... we all know what happens ;). Either way, I've seen Cinematic in a few setting now but nothing has ever compared to this. I literally had goosebumps running up and down my body for the entire hour. They had guests Patrick Watson,  and Heidi Vogel come on and do there thing. Both of their voices resonate so strong and for me they both stand out of the crowd as vocalists.  I'm a bit lost as to how I can describe how immense this actually was so maybe some bullet points will help.........

Points of note - The entire show.

People of note - Everyone, maybe both the drummers might have edged it.

Reasons to not murder, or sell your family in the future to see them - None

Reasons to envy everyone who saw the show - All of the above and more.

This was epic something long so apologies but in my defense I could have written alot more!

And now some music for your audio inhalers to enjoy.......

Kick back and chill to surprisingly good quality audio

I haven't come across many decent cinematic remix's  but this samples them pretty darn well.