Half and Half Presents: El Guincho 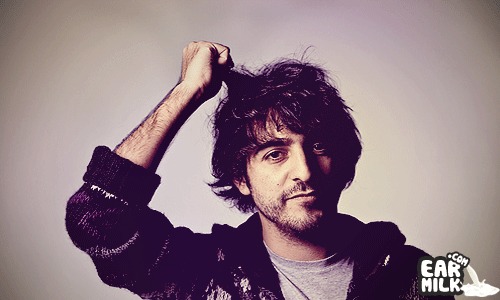 Background. El Guincho AKA Pablo Diaz-Reixa, is searching for truth by shooting a golden tape with what appears to be some form of heavy artillery. Yeah, I have no fucking clue either. I'd reccomend to not read too deeply into this one - just enjoy your Monday dose full of gold painted breasts. Def a NSFW vid. Also, we're being told (via IFC) that it's a trailer for an up coming feature release, entitled BOMBAY.

Future Plans: El Guincho has  people behind him, with a heavy hitting record label (Young Turks - home to The XX, Wavves, Glasser etc) pushing his 2nd official release. Album was released on September 13th, but it's entitled Pop Negro. A little 'fun fact', Jon Gass, who has mixed Michael Jackson and Whit Houston, gave a helping hand. Cool, I guess? Whatever. BOOBS

What a fanastically odd video. Thanks for sharing

Wow, that was a trip through 70's tropical psychedilia wonderland! Great arrangement by the Guicho!