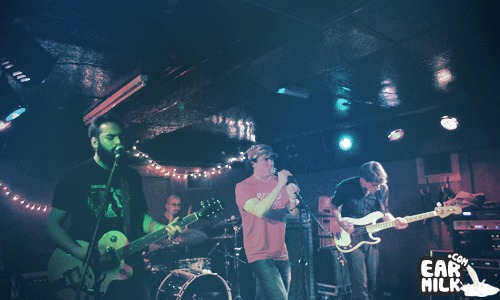 Ten Kens are a Toronto based Indie/Alternative/Experimental band, the members include Dan Workman, Brett Paulin, Sully Sullivan and Ryan Roantree. I was luckily able to catch these guys at NxNE this year.. can't tell you where as my memory isn't what it used to be, but they literally killed it. I was able to catch a bunch of shows during NxNE in Toronto and these guys definitely stuck.

Ever since then I've been jamming hard to these ripe bananas and I hope y'all digg em as much as I do. If you are in the city [Toronto] on September 10th you should come see them play at Cherry Cola a new Toronto art gallery; They will be playing a free show, so I'll definitely be there, if you guys are out of Tdot here are some other tour dates if you are around the area or are able to make it out come support a real Torontoot band:

Also, these cats are signed to Last Gang Records as well as Fat Cat Records out of Europe/UK, so they must be doing something right! Check out the tracks and see for yourself: