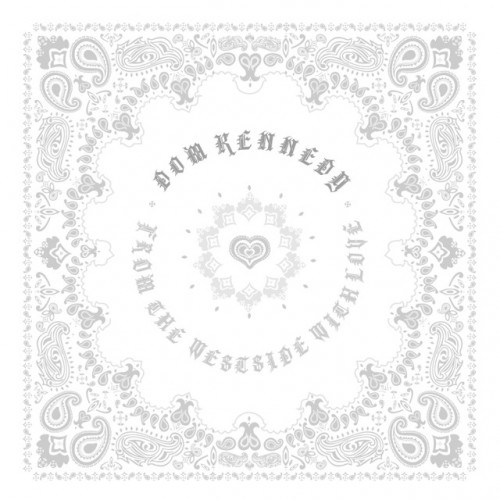 So we all know its not proper internet etiquette to post on something nearly two weeks after it was released. I mean really... who does that? Me...that's who! But screw etiquette as something had to be said about this particular album on this website. For those of you that frequent the site, you know we try to cover West-Coast hip-hop representative Dom Kennedy pretty closely, but due to a combination of traveling, work and flat out laziness (at least on my part), Earmilk kind of dropped the ball on this one. For what it's worth...our bad.

From The Westside With Love, Dom's fourth and most recent effort, is more like an odyssey through one man's perspective of L.A life. It's easy to tell that from start to finish, this mixtape was more thought out than a lot of efforts made by other up & coming emcees. With consistent lyricism, a keen attention to detail and beats that knock harder than the police at your door, this is his dopest mixtape yet. By far his most telling and sentimental project to date, the theme ironically stays the same as previous efforts; Dom doing Dom and day to day activity. The thing to me that makes this album a little different from the rest is its ability to literally draw you out of your element and make you feel as if you had been in California your whole life, as if you were right at home, which is why the name is so fitting. So, if you ever overlooked Dom as another run of mill emcee, do yourself a favor and download this album. Slowly, but surely the homie is working his way up to be another legendary agent for L.A. hip-hop.*Download after the jump*