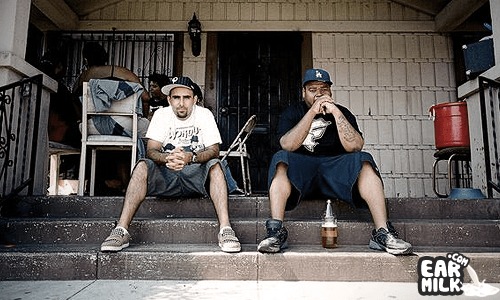 It's no secret that we are huge fans of People Under The Stairs here on Earmilk. They recently had a contest where they had contestants take a song from their latest album and come up with the best and most unique mix. PUTS goes on to explain their criteria:

I appreciate the number of dance and house remixes that were done but a few of them seemed to lay the vocals on as an afterthought. If the rhymes aren't riding the beat, I feel like the song is better off as a beat and not a "remix". On the same note, the breakdown was definitely the curveball in the remix. And sometimes everything was going well up until that point but he beat never recovered coming out of it. I know it was a difficult thing to hook up but hey, if we had done that and it was a fixed tempo all the way through, any person with any beat could have laid the vocals over it and been done. At least this showed who put the extra effort into the project.

They track they ended up picking was done by DJ Doc Delay and its definitely a super funky remix that deserves first place. Check out the track below: