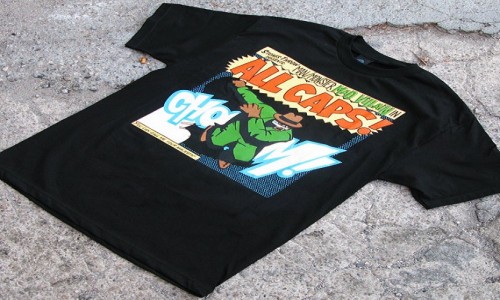 So, I was perusing the internet doing various things the other day; surfing, instant messaging friends, earmilk related shit while listening to the mighty Stones Throw radio podcast (available on iTunes). Now I hadn't heard it in a while, but at the first of the month they dropped a track from Stoney Jackson entitled "Get Ya Money Right". This is a project between Cali rap triumvirate, Strong Arm Steady and beat konductor extraordinaire, Madlib; one that I am anticipating very much, slated to drop later this year through Stones Throw records. Almost needless to say, the song is excellent.

I clicked on the link that usually comes embedded in the podcast and thats when I saw some spectacular news. This is where the subject changes. The headline read that MADVILLIAN (MF DOOM and Madlib for those who have been under a rock) will be performing at the fourth annual We The People Fest on November 21st in L.A. Words can't describe how significant this show is seeing that it probably won't happen again... or at least not for a long time.

The last time these two performed together was a few years ago, and no one thought they would do it again then, so if you are in the area and have the funds to come out, then you would be anything less than intelligent not to... unless you just don't like the music, I mean, it is a festival though. Anywho, to promote the event, Stones Throw put together some dope ass shirts based on the "ALL CAPS!" music video that you can buy direct from their site. Im ordering mine tonight. I have linked those, along with some other treats for you after the jump. Here is that wonderful track I was talking about that dropped on the Stones Throw podcast earlier this month. Be sure to cop Stoney Jackson later this year from Stones Throw