From Winnipeg to Toronto - Vitaminsforyou (and Jokers of the Scene Remix) 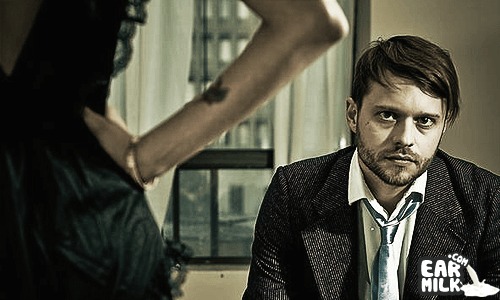 If you live in Toronto, you've probably seen Vitaminsforyou. It seems like this band (led by Bryce Kushnier) is from Toronto, but its not - they just play here. Vitaminsforyou is from Winnipeg originally, and made Toronto a halfway to glory (or maybe a 3rd level of hell for those of you who hate Southern Ontario, hah)

Vitaminsforyou is considered by many one of the pioneers of lo-fi bedroom electronics. Vitaminsforyou played nxne09, but I missed 'em. I've seen them before so I knew what I was missing, it was a gameplay decision so - Bryce, if your reading this, I'm sorry.

Even though I missed them this time, it won't be the last - Kushnier has taken a strong hold in Toronto, collaborating with many different bands, one of which is a personal local fav of mine - Do Make Say Think.

Anyway, onto the music.

Kushnier's early work did pioneer "lo-fi bedroom electronics" but he has grown (or maybe just changed). The latest album He Closed His Eyes So He Could Dance With You (2009) maintains the mood and appeal of earlier work, but finds itself using far more synth and less traditional instruments. He also stepped away from his worldy (and at same time homely) charm that was established on The Legend of Bird's Hill. This 2006 album contained multiple voice samples (including a cute answering machine message from "emm"), and many songs referencing many different people as well as foreign and domestic countries and cities alike.

Overall, Vitaminsforyou maintains gloomy home-brewed digital ambiance and glitch with not-so-driving kicks which makes for song progressions that don't quite make you want to dance - more just bob your head in a dim lit club. Its sort of like if Depeche Mode and Junior Boys played together for only you and your friends. Judge for yourself and support local music

and finally a little remix action, I'm sure there are more but sticking with the Canadian theme, we'll post the Jokers of the Scene (Ottawa) remix.

http://www.youtube.com/watch?v=7Q3MML7wLvIVitaminsforyou - Me & My Mirror & my monome

im looking forward to it!

im looking forward to it!