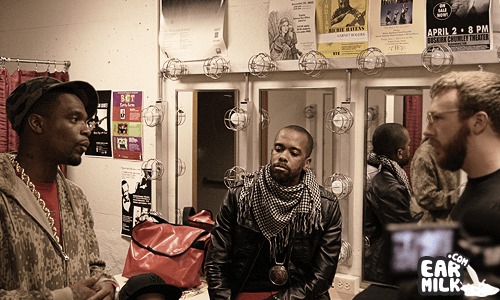 *Cue the theme song to Dave Chappelle Show!*. The ever political group Dead Prez is releasing a new album in 3 days. The album is entitled Pulse of the People: Turn Off Your Radio Vol. 3. Dead Prez definitely sticks to their roots with this album in regards to their political content. It has songs like "Stimulus Plan" and "Don't Hate My Grind". The album may not be for everyone because Dead Prez doesn't hold back any of their political views whatsoever. But, if you listen to what they say; they make a lot of sense.

The album is mixed/produced by DJ Green Lantern. The album has an interesting mix of beats also. There's even a rock-style song in the mix so there is something for everybody. Check out two tracks from the album below and pick up the album when it drops June 23rd: