Twice a year, in the spring and fall, downtown San Diego is transformed by an influx of people. If you look closely, their purpose becomes clear - some wear the all black techno uniform and others wear more colorful threads repping their favorite artist or style of music. Despite varying attire, they're all headed to CRSSD, one of the west coast's most unique bi-annual festival experiences. Located on the picturesque waterfront park, the festival unfolds where the water, air, and land all intersect. From within the festival, you have simultaneous views of the ocean, planes coming and going from the nearby San Diego International Airport, and the San Diego City skyline, a combo that ranks as one of the top urban festival backdrops in the country. 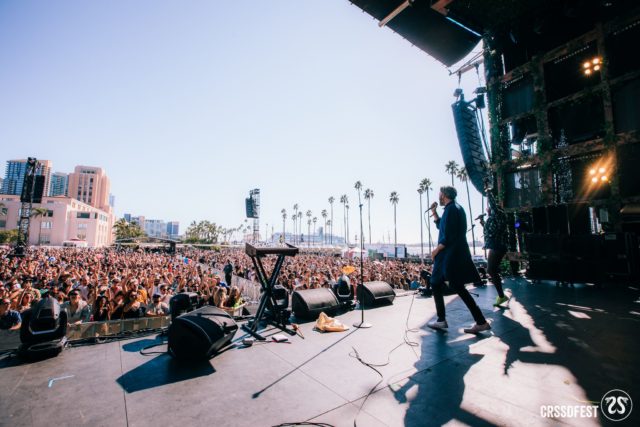 And then there's the music. CRSSD didn't make it to its 8th installment this past weekend without the carefully selected and forward-thinking artists that play across its three stages, Ocean View, City Steps, and The Palms, each with a slightly different focus. Among this fall's top-billed artists on the live music themed Ocean View stage were Duke Dumont, Bob Moses, Marian Hill, SOFI TUKKER, and Kiiara.

As the stage with greatest viewing capacity, the Ocean View stage is the de facto main stage. It's also the stage that is directly backdropped by airplanes coming and going from the adjacent airport. While the overall sound quality has steadily improved over the years at CRSSD, live music nestled between an airport, ocean, and city present significant challenges for the sound crew. One festival attendee was overheard harshly critiquing, "This is bullshit, I can hear myself think."

I imagine that city ordinance governs SPL levels, further challenging the sound crew. My advice for fans is to find a spot near the sound booth if you want the highest fidelity, or go ride the rail in front of a speaker array if you really don't want to hear yourself think.

Unlike many other US festivals, everyone at CRSSD is pretty laid back about spacing themselves within the crowd. No human pancakes, even up at the rail, which is a great thing in my book.

At the Ocean View stage, I had the pleasure of seeing swag personified during Kiiara's performance. Her brand of indie electro-pop with a dash of hip-hop translated well to the big stage as she got the crowd moving to her hits "Dopemang," "Messy," and "Gold."

The Ocean View stage was filled with bangers after bangers. Acts like Hayden James, whose live performance of "Numb" was every bit as spine-tingling as the original recording, and SOFI TUKKER, whose performance of their hit "Best Friend" came to life as the duo fed off each other's electric energy and spread that energy through the massive waves of fans in the crowd.

Marian Hill's  lounge meets trap snare style lent itself to heavy improvisation accompanied with sparkly outfits that kept the crowd fully engaged despite the slower tempo they're known for on hits such as "Down" and "Subtle Thing."

While many festival main stages have become massive art installations in and of themselves, CRSSD takes a no-frills approach with the main production elements being lights and a massive LED screen backdrop. Quite honestly, excessive production would only detract from the inherent beauty of the San Diego sunsets and views the festival is wrapped in. While stadiums require more lighting rigs, CRSSD was blessed with the natural production supplied just by being in San Diego. 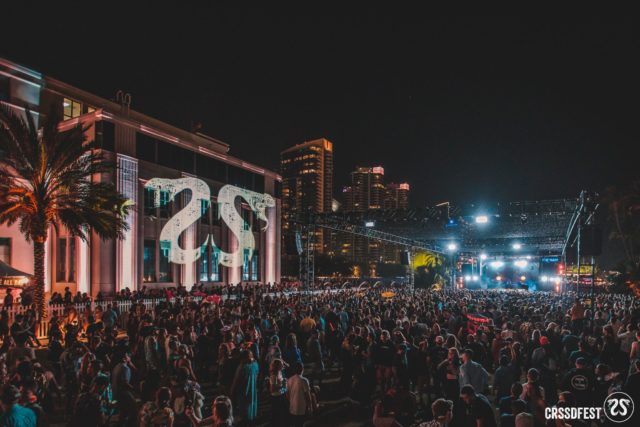 Throughout all hours, the City Steps stage was the unofficial home of techno boasting headliners Nina Kraviz, John Digweed, Mind Against, and Yotto. As you might expect for the Techno stage, this area was the most simple setup of the three, drawing both its name and the bulk of its visual appeal from the San Diego City Government building that it is adjacent to. 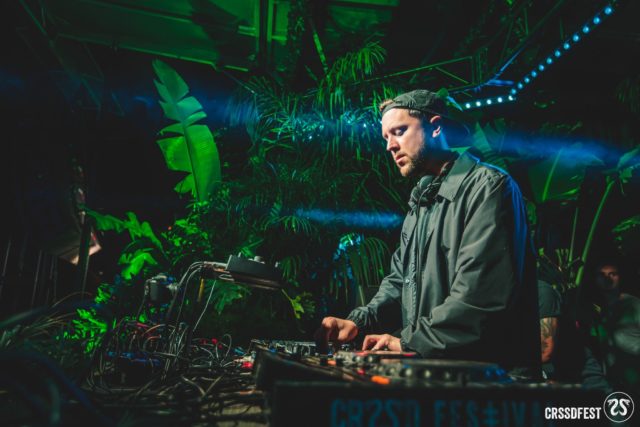 As the evening progressed, the side of the building lit up with the CRSSD logo giving techno lovers just the right amount of eye candy to keep things interesting. Given the City Steps stage position between the two other stages, it was a common sight to see groups in transit to the other stages peel off and gravitate to the driving techno beats radiating from under the canopy. Another artifact of being the techno stage is that set times tended to be longer, with many artists playing longer than an hour, and minimal music stoppage between artists. Favorite performances taken in at the City Steps were The Hacker and John Digweed.

Last but not least, The Palms stage provides a vibrant green backdrop for all things House. Given the dense foliage on stage, a fitting alternate stage name would be The Jungle - it's definitely the most visually appealing stage at any time of day. When night comes, the stage glows a radioactive green that gives it an otherworldly atmosphere.

The artists in big letters on this stage were Claptone, Dusky, Anti Up, AC Slater B2B Jack Beats, Mija, Thomas Jack, and Will Clarke. It was at this stage that I undoubtedly spent the most time. On Sunday, I was planted there from the time AC Slater and Jack Beats took the decks. Next, Anti Up, the love child of Chris Lake and Chris Lorenzo, disseminated their unique techy variety of house as the sun set behind the sailboat docked just beyond the reaches of the Festival.

As I sat in admiration of the colorful sunset cascading in the distant horizon, I thought to myself that it wouldn't be a terrible stretch for CRSSD to add an actual boat stage.  The final act I took in was the golden-beak masked Deep house maestro from Berlin, also known as Claptone. By this point, I had decided I could live in this festival indefinitely. 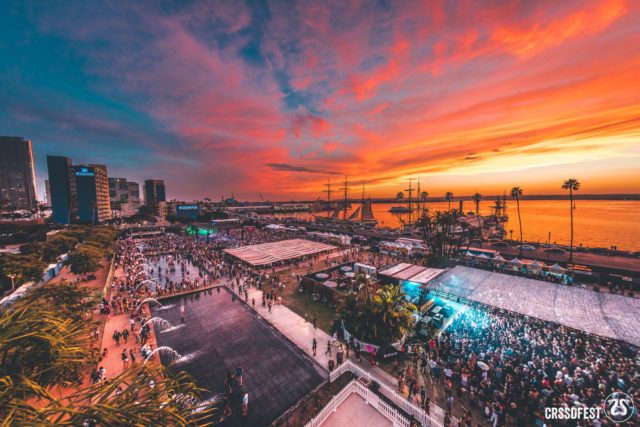 Good music, craft beer, and drinks, arguably the best food options of any festival, including an array of keto, gluten-free and vegan options, plenty of space to dance, all of these factors were adding up to a very positive overall experience.  In particular, I found myself returning to the Bang-Bang sushi stand, perhaps because it's so unusual to find sushi at a festival that is both delicious and does not exact swift revenge upon your internals.

As the night comes to an end, I looked around taking in the sights and sounds of the festival. My attention is drawn to the erupting water fountains that form the eastern edge of the festival. As smiling faces and swaying bodies reflect along the ankle-deep water a sense of comforting euphoria washes over me. Usually, my personal hygiene protocol bars me from jumping into public fountains, but something came over me.  Next thing you know I was splashing around in the fountains where I truly became one with CRSSD as the sounds of Claptone's set reverberates in the distance.  I may not jump in the fountains again, but a return to CRSSD seems likely.