Happy 1 year anniversary to the original date that the alleged Frank Ocean album was supposed to drop. Since the release of Channel Orange in 2012, fans have been yearning for this new musical work. Over time, we have been teased with numerous offerings such as a compilation entitled unreleased, MISC and the mixtape album Lonny Breaux, Pt. 1. But even these left us wanting and in a time of desperation, have all fell prey to an onslaught of new album release rumors.

Fellow musicians have also added to the elusive movement of Frank Ocean, with James Blake telling Pitchfork back in May, "He is onto something, he really is." He continued to tease new music with an appearance on Kanye West's Life of Pablo, a small leak of a 3 minute track on Soundcloud (which quickly pulled back down) and then finally, with Chance the Rapper telling Complex Magazine, "I know he’s away making a masterpiece. I think that Frank is very, very focused on his catalogue. Anything that you hear him on that’s a feature was recorded a long time ago… I don’t think Frank is working on anyone’s stuff except for his own."

Besides deleting his Twitter account and canceling his headlining show at FYF Festival in Los Angeles last year, Ocean has mostly been in isolation from both the public and press. Then, on July 2, he decides to update his website with this image: 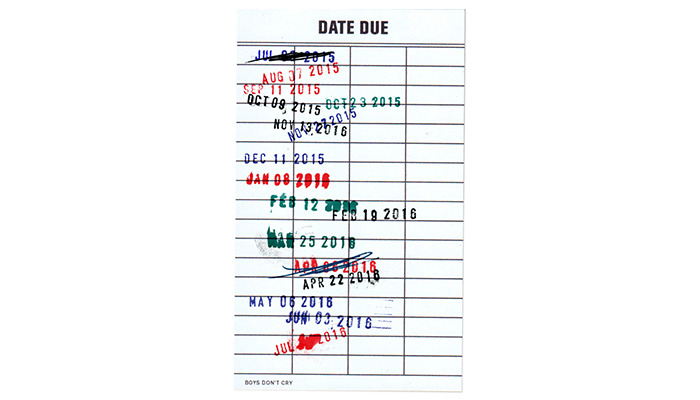 If you look closely, there's two dates in there worth noting. First, there's of course the July __ 2016 at the bottom but higher up there's a November 13, 2016 date hidden away. So there's no telling when this album is intended to drop. Do the other dates provide better insight?  Luckily, Lauren Nostro from the site Genius went ahead and tried breaking down the meanings of the various dates:

Besides dates like the September 11th, where Ocean was in the studio working with Playboi Carti, or the dates surrounding various Twitter posts, it could really all be more of Ocean pulling our leg. But he's much more professional than that and I believe he may have watched National Treasure a bit too much and this is has all been a strategic wild goose chase for fans.

At this point, the album will either be out of this world incredible or fans have been told for so long about how great it's going to be, that we've become preemptively brainwashed into feeling that way automatically with whatever we hear. Bianca Gracie over at FuseTV put together an excellent list of a few collaborators that, given their past involvements and mentions, are most likely to be involved in this album in some respect.

Everything leading up to this album has felt like an entire series of 'Lost'. Fingers crossed the saga of Frank Ocean's new album ends better.