6 years ago by David Sikorski

Hot Sugar’s Cold War, the latest documentary offering from acclaimed filmmaker Adam Bhala Lough, takes an inside look at the unique, eccentric and boundlessly creative process of music producer Hot Sugar’s (Nick Koenig) tenacious exploration for raw sound. This film is ostensibly whimsical at first glance but permeates with a deep representation of the intimate bond between an artist and their work.

From the opening scene, Hot Sugar is seen pulling sound samples from crackling pop rocks within the mouth of girl laying on a bed. It’s a perfect primer on what’s to come in the documentary: unapologetically odd and tinged with an underlying sadness for the madness of an artist. Hot Sugar, in lilting voiceover, describes the origin of music samples, expressing his strong opinions on producers in today’s music industry utilizing pre-recorded digital music and lacking authenticity. Throughout the film, Hot Sugar continues orchestrating his unorthodox and ritualistic process of pulling samples of sound through the world around us, whether the honking of a New York City cab, the G note from a $90,000 Steinway or the raging flames of a burning house.

From there, Bhala Lough begins to weave together the disparate threads of Hot Sugar’s view of the world. The film is witness to personal accounts of Hot Sugar’s life following the ending of his relationship with rapper Kitty (formally Kitty Pryde). It boldly delves into the harsh social media interactions that plague many notable performers in today’s digital age. Various scenes provide observations on the strife of the musician’s quest to find a balance between work and personal life. Bhala Lou weaves the two ideologies together with a mix of existential philosophies, interactions with supporting characters, and subtle anecdotes.

It’s a malleable film in the sense that it can provide a profound look at the creative process of producing music in today’s digital age with the deterioration for live music production.  Bhala Lou gradually progresses the film’s capture of Hot Sugar remedial acts of recording fireworks and beach sounds to more experiential moments, such as the scraping sound of wiping the gravestone of his cherished grandmother. The film evolves with the character from the puerile dialing of local morgues turning down his request to record a mourning family to the inevitable visit to a funeral service for his own close friend. A key theme of the film is best captured through Hot Sugar’s struggle to produce music utilizing the abstruse silence from the funeral room of that close friend.

Some may argue that this film has a bit too much cinematic juggling of various themes throughout. An unnecessary cameo with Neil DeGrasse Tyson and a few scattered scenes of capturing firework sounds come off flimsy and disconnected to the greater narrative. The film, as a whole, does eventually accentuate the search for licentious methods of creating music from empirical meaning.

Hot Sugar’s juvenile approach to the existential meaning of sound never leaves the viewers mind though and Bhala Lough utilizes that to exploit the evolving digital music industry’s perpetual dispute for lacking humanized, meaningful music. And when the notion of personal connection between the music and the artist is in fact made, in two fleeting scenes, it makes for one of the most beautiful moments of catharsis that has ever culminated in an electronic music documentary.

Overall, this film delivers a prolific and intimate look to the creative process of music production for viewers with both invested interest within the industry and those who may question the sincerity of today’s digitally produced music industry. 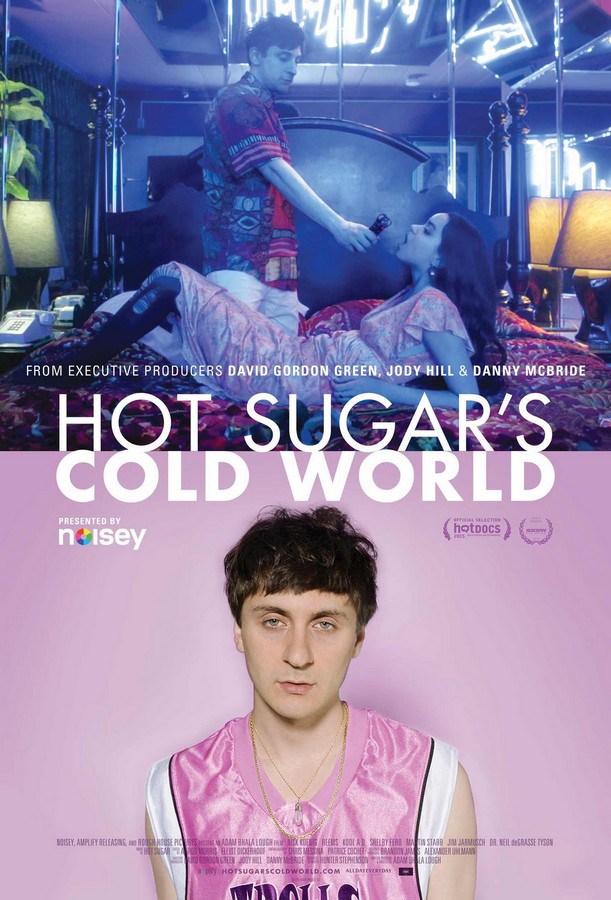