The 2022 When We Were Young festival featuring a post-punk/emo fever dream lineup is preparing to kick off its debut event this weekend with acts like My Chemical Romance, Avril Lavigne, Paramore, Taking Back Sunday, Jimmy Eat World, The Used, and so many more. As Sin City prepares for the invasion of Hot Topic nostalgia, many festival fans will be looking to keep the party going following the final headliner scheduled to end at 12am. Thankfully, places like Resorts World casino, the Palms, and the Brooklyn Bowl will provide refuge for the hordes of black eyelinered, tight band t-shirt, Vans/Chuck-wearing partygoers looking to keep the screams of early 'oos teen angst alive well into the night.

Resorts World casino will be hosting an 'Emo Nite' residency throughout the weekend featuring a string of surprise special guest appearances, whom we can assume will be taken from the acts performing at the festival or other big-name acts visiting the area. This event will be the only official Emo Nite party happening in Vegas this weekend, so fans rocking those side-swept bangs can confidently expect the same level of high-energy singing, dancing, and cry-along tunes that have made this global music series so popular.

For those unfamiliar with the Emo Nite LA events, co-founders Morgan Freed and TJ Petracca have spent the last 8 years passionately laying the groundwork for what has helped revive the emo/post-punk scene through a series of events that blends Emo style DJ  sets with live musical performances and sometimes featuring special onstage appearances from artists like Sum41, Travis Barker, Post Malone, Dashboard Confessional, nothing, nowhere., Blackbear, and Bring Me The Horizon. In addition to the nostalgic element of the show, their events have also helped foster a new era of rapidly growing younger audiences that have ultimately helped the niche genre's popularity reach greater heights than ever before. Acts like Machine Gun Kelly first debuted his pop-punk persona at Emo Nite, they gave Yungblud one of his first US shows, and Avril Lavigne made her triumphant return to pop punk with a performance at Emo Nite!

Since When We Were Young is technically two single day events, festival-goers visiting the city for the full weekend with only one-day tickets will be able to catch various acts performing elsewhere like A Day To Remember, who are due to play the Pearl Concert Theater at Palms Casino Resort in Vegas with support coming from The Used, Movements and Magnolia Park.

A post shared by A Day To Remember (@adtr)

The Brooklyn Bowl Las Vegas venue will also be hosting various performances throughout the weekend with acts like Story Of The Year, Sleeping With Sirens, and The Summer Set.

It’s gonna be a 90’s party! So stoked to announce we’ll be joining our friends in @StoryoftheYear & @thesummerset for a special @WWWYFest Sideshow on October 21st at The Brooklyn Bowl! Pre-sale starts tomorrow at 10am PT with code STRANGE. Tickets on sale FRIDAY 8/12. pic.twitter.com/8UX4krY1OQ

This weekend, to quench those halfpipe thirsts, PBR will be an official festival sponsor this year and will even be hosting an on-site gallery at their lounge during the festival in partnership with veteran photographer Justin Borucki (press shot), an iconic photographer in the music space since 1994, who's work has appeared on dozens of albums for bands in the post-hardcore, metal, punk rock, screamo, alternative rock scene and more.  In partnership with Pure Noise Records and Eyeball Records, will be hosting an unofficial after-hours event starting in downtown Las Vegas. 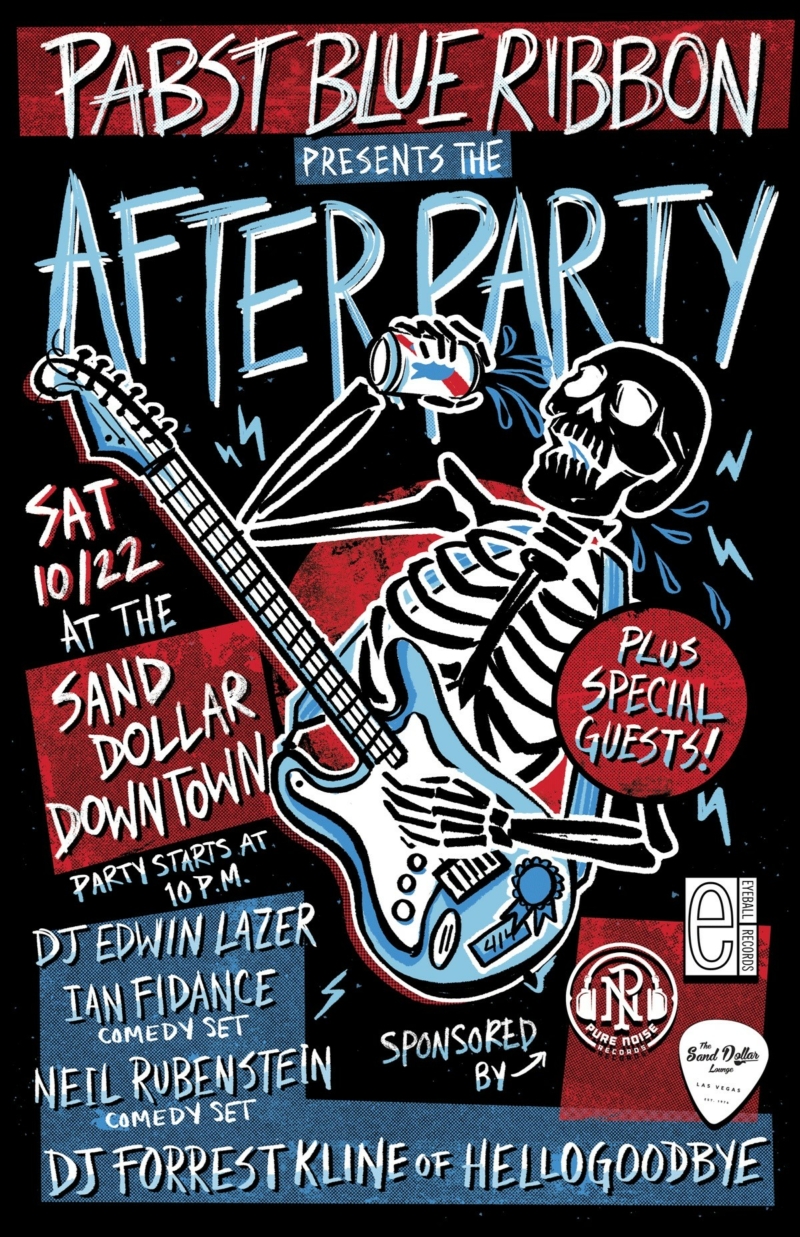