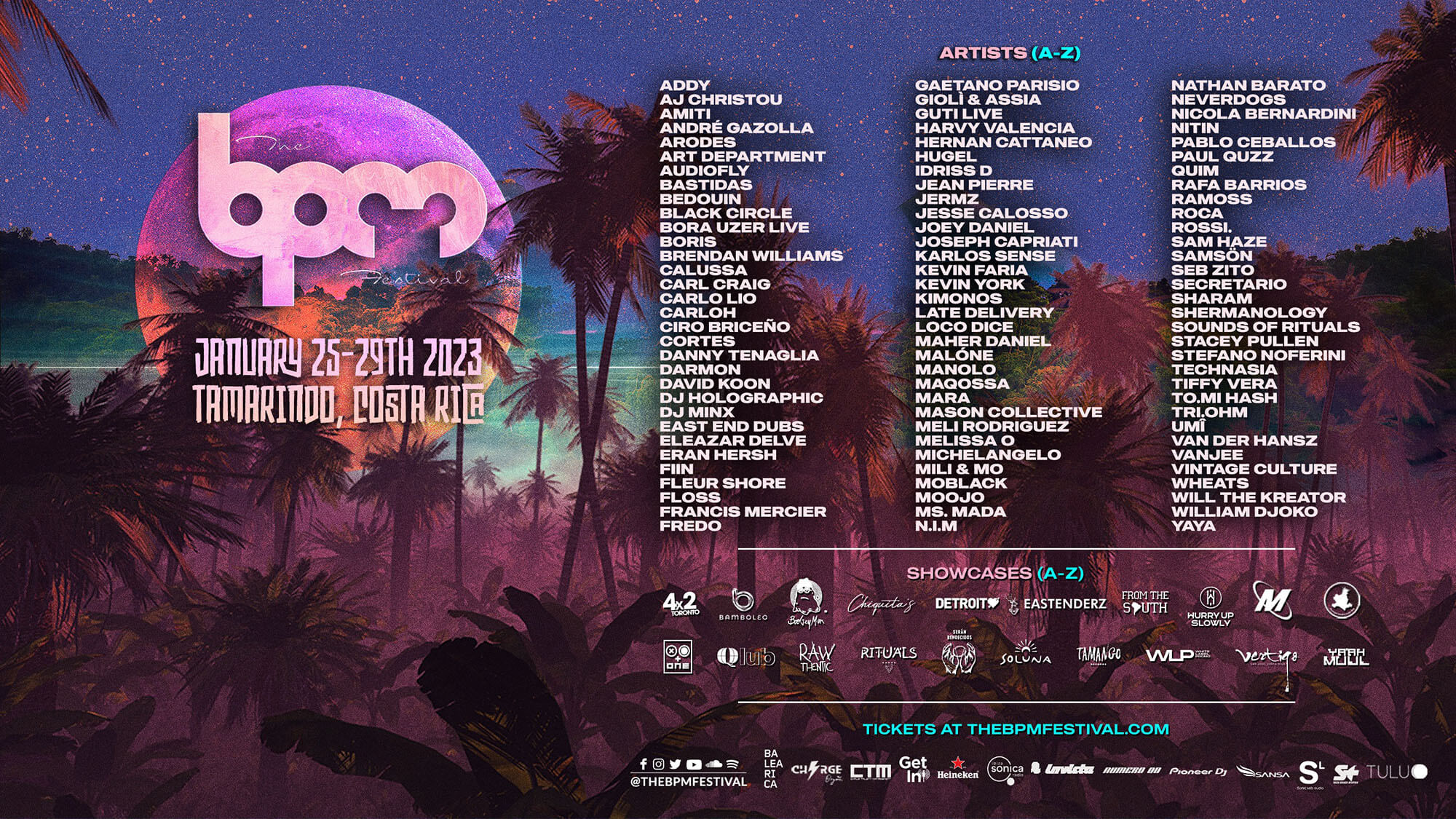 With such a stacked lineup, here are EARMILK's Top 3 Can't Miss Acts for fans lucky enough to be descending upon the Caribbean this year:

With a blend of euphoric progressive house and spellbinding deep house sounds, Brazilian DJ and producer Vintage Culture will surely be bringing a waterfall of positive sun-drenched vibes to the dance floor. He's quickly rising up the ranks and becoming one of the reigning leaders in the forefront of modern house music today!

This producer is just a powerhouse of multi-layered production skills mixing music on a whole different level. Dipping into obscure underground cuts, LOCO DICE delivers some of the most dynamic electronic sets that blend hip-hop, house, and techno unlike anyone else.

Miami DJ and producer Ms Mada is quickly becoming the Queen of the underground. Her deep house sets include heavy basslines with airy melodies to create something ingeniously atmospheric while still being inescapably funky. Her sets entrance the soul while commanding the body to dance!

For tickets or more information on this year's BPM Festival, CLICK HERE

Check out the recap of last year's festival below: