Expanding their impressive events roster for a special new festival, TeamLove and AEG present FORWARDS festival, which will take place on the 3th and 4th September on Bristol's Clifton Downs.

Renowned for curating some of the best lineups in the UK, Team Love aim to bring a fresh inner city festival experience alongside some of the biggest names in international music. The two day festival has announced its inaugural first wave of acts including The Chemical Brothers, Jamie xx, Little Simz, Caribou, OVERMONO Live, Kojey Radical, Shygirl and more, marking a promising debut for the event. 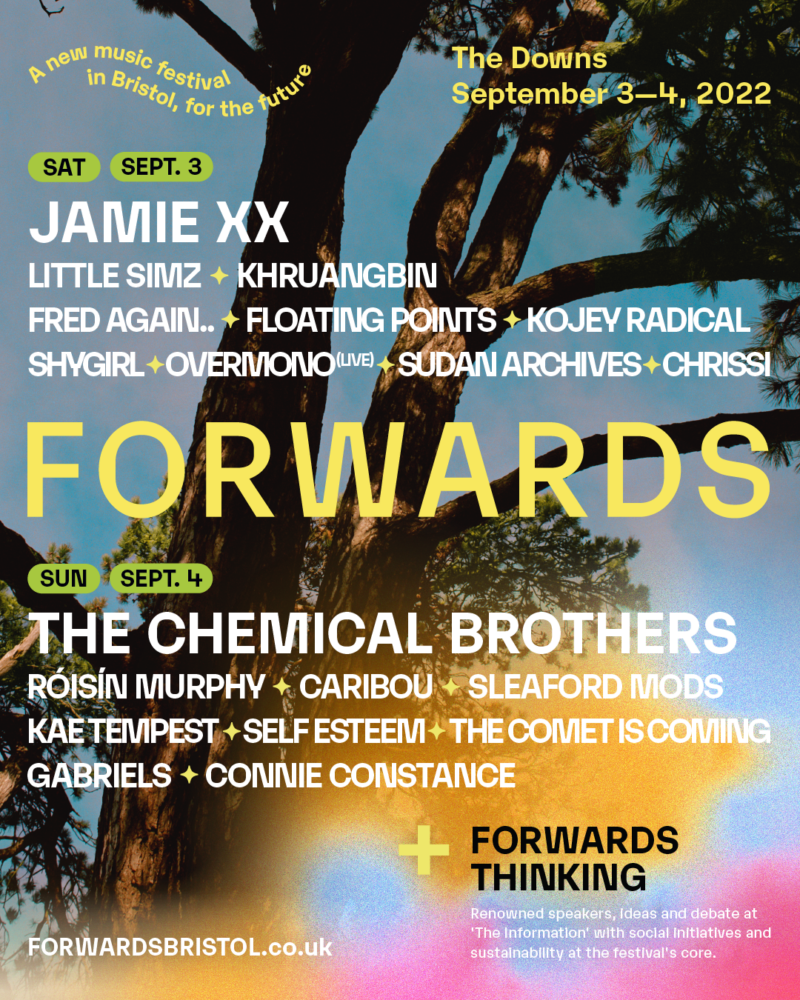 Whilst delivering a stellar lineup, FORWARDS will also harness the power of live music to bring people together for positive change through social initiatives, discussions and debates. Amongst its two main stages they will also present THE INFORMATION space that will see some of the world's most inspirational experts, artists, writers and more across the social and political spectrum to use their voice to drive awareness and conversation.

Also being environmentally aware, sustainability will play a vital role at FORWARDS. The team will collect data and create a 3-year strategy on how to monitor and reduce their GHG emissions, whilst developing a circular, responsible production and consumption ethos while promoting social cohesion.

Tom Paine, co-founder of Team Love shares, "We're proud to be unveiling a new festival for a new era of festivals, in the best city in the world, our hometown of Bristol. Now, more than ever, it's important that our events invite debate and challenge the audience to do more to make the world a better place, as well as being a place to come together, dance, and make memories."