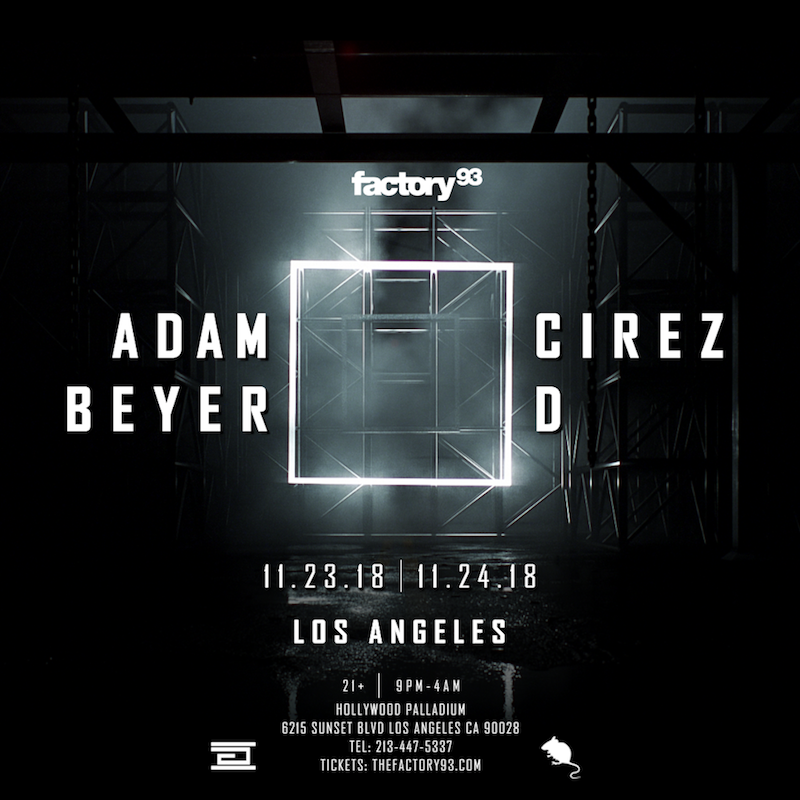 Two of electronic music's greats are linking up for a run of landmark shows this fall. Drumcode boss Adam Beyer will grace the stage alongside billing of Pryda and Mouseville head Eric Prydz for four shows, two in Los Angeles and two in New York in the weekends at the end of November and beginning of December 2018. For Prydz, he will enter these shows as his dark techno alter ego Cirez D, and with Factory 93 behind the event – who recently brought Carl Cox to the states – it's sure to be an event of the season, both at the Hollywood Palladium and its future Brooklyn warehouse location.

Prydz and Beyer famously played the Exit Festival in 2009 and it's only now, nearly a decade later where the two will reunite on the decks. Tickets go on sale on Friday, Aug. 3 at 10 a.m. PT at TheFactory93.com