2 months ago by Coady Raab

Yes Lawd! Old-Skool-loving, Oxnard-native Anderson. Paak now has own shoe from the beloved Californian shoemaker, Vans. The Vans x Anderson. Paak Old Skool DX retails for $110 and comes in the Ventura colorway – featuring the classic checkerboard design in cyan, with a rainbow of lines overlaid. The collection comes in part with Van’s naming .Paak as their First Global Music Ambassador. 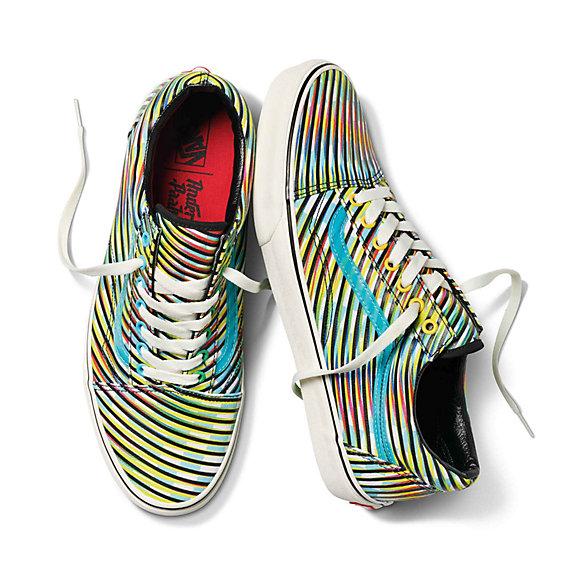 The collection also features a Malibu colorway of the SID DX shoe, a black-and-white base with a fuzzy zebra knit pattern on top. Each colorway features an accompanying bucket hats for the style as well. Paired with green soles and funky sock-liners saying “Yes Lawd!” (from his 2016 Knxwledge album of the same name), either shoe is bound to put some bounce in your step.

Paak’s discography is synonymous with Southern California, the shoes are named after his album’s Ventura and Malibu. Animated versions of the shoes can be seen in the music video for his latest single “JEWELZ”. Co-produced by Timbaland, and featuring .Paak’s own son, this video is a fun, dance-fueled pick-me-up, much needed after his previous single “Lockdown” – which focused on themes of social injustice and revolt in the times of COVID-19.

Released on Nov. 13, the collection is on sale now.