8 months ago by Celeste Daniella Ceres

Along with the feats that mark every “made in Toronto” music success story, there also comes the countless hours behind the scenes, the inevitable struggles, and, of course, the fans and family ties that make the highs and lows of being a musician all worth it. Red Bull Music Toronto Festival 2019 gave attendees a special look into the journeys of three heavy home-hitters from Toronto who are making a dent at home and internationally: indie-pop singer MorMor, producer Frank Dukes, and R&B trailblazer Jessie Reyez. The festival, which ran from October 17-21, also celebrated Toronto’s diverse electronic scene in “Encounters”, an all-night affair featuring DJs across Canada, Jamaica, Poland, UK, and Russia. 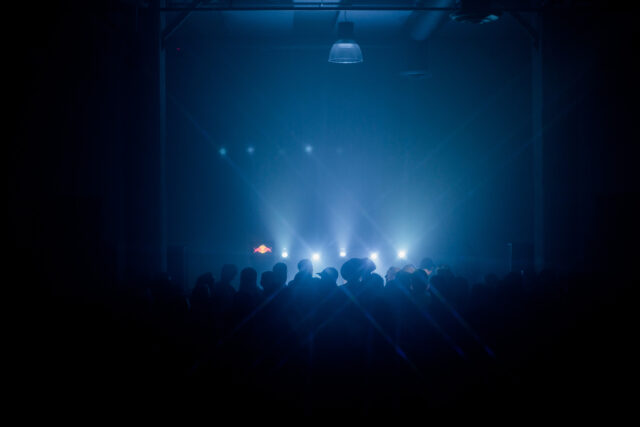 To kick things off, Red Bull enlisted Toronto’s MorMor (Seth Nyquist) to inject his undeniable, experimental flare into the festival’s mix. The energy for the night was set with opener Kelsey Lu, who whisked listeners into a faraway universe with the incense of otherworldly melodies. The singer and cellist pushed the boundaries of sound–using her cello and a loop pedal to create semi-eerie reverberation as she murmured chants of musical wanderings. MorMor followed up swiftly with a rainbow of ethereal vocals. Known for his out of the box live sets, fans waited with bated breath to see what bizarre trick the innovative singer would pull off–and of course, he delivered. Centered in the middle of a mesh net, he graced the stage –or rather, the translucent prism erected into the centre of the venue–– with guitar in hand as neon lights and fans danced around him. 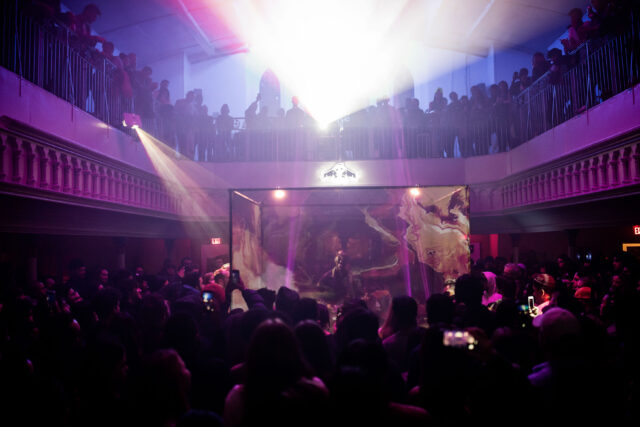 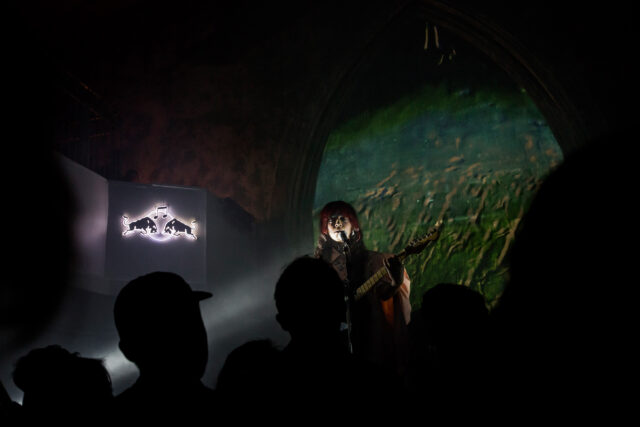 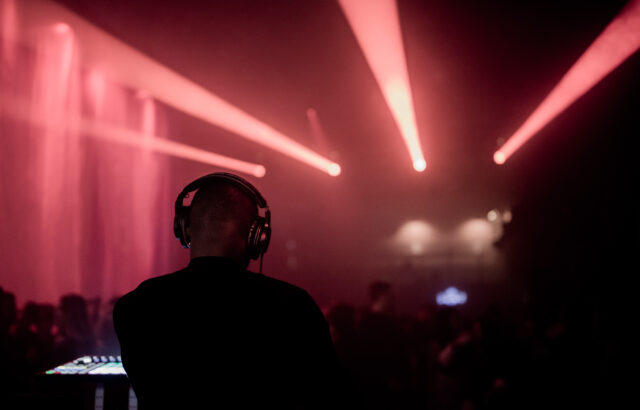 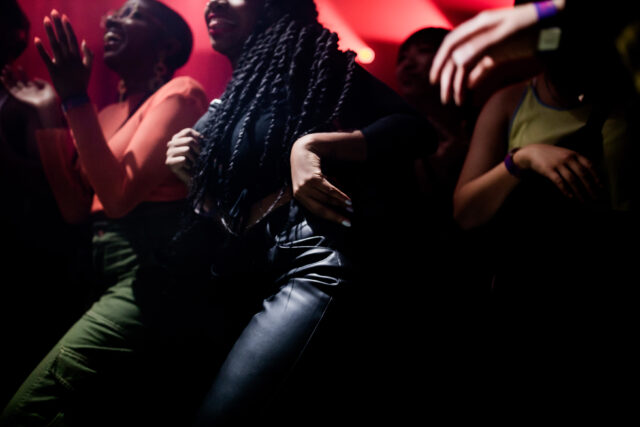 In an ode to homegrown Toronto talent, Red Bull continued the momentum with an intimate interview with renowned multi-genre producer and songwriter Frank Dukes (real name Adam King Feeney), which was moderated by co-founder at The Remix Project and founder of Public Records Gavin Sheppard. The two music moguls, who knew each other for 15+ years, explored Dukes’ humble beginnings. What started off as a hobby, driven by the rock and hip hop elements of skate videos, was the gateway to DJ culture for the young Dukes. 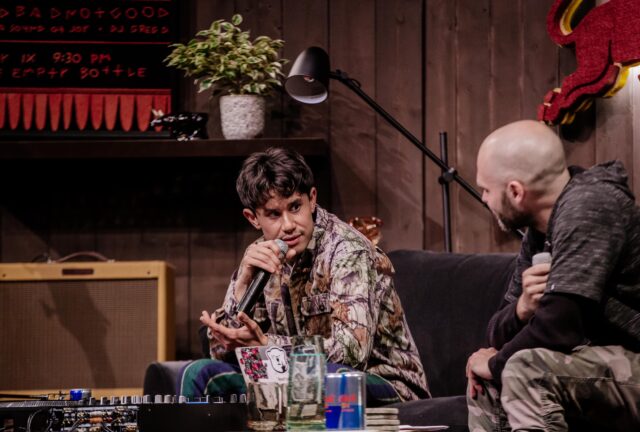 As the audience listened intently, Dukes shared that soon enough, turntables turned to MPCs, and he started trying his hand at beat competitions, one which landed him a spot with Ghostface Killah in the studio. The win was just the beginning of Dukes making a dent in hip hop culture. After years of producing for other hip hop artists, to avoid clearance on samples, Dukes started recording himself, chopping it up, and sampling it. His distinctive DIY style helped him gain traction with major artists. Citing the production of Drake's “0-100” as his aha moment, Dukes explained: “It sparked something in me to see that production is a series of making the right decisions to get to the right places.” Eventually, Dukes’ inventive production tasted an array of other genres, from pop to R&B, leading him to create some of the biggest hits, and in the process, help break out artists like Post Malone and Camila Cabello. 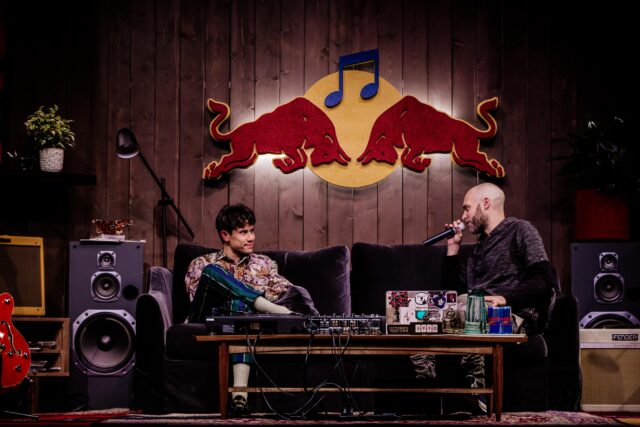 After an inspiring three days, the festival ended with a bang (quite literally) at “One Night Only With Jessie Reyez”. Just before embarking on an international tour, the talented singer made sure to pay homage to her hometown with one hell of a special show. With no opener, Reyez was wheeled onto the stage wrapped in a straitjacket and strapped to a gurney. And as one would have it, she awakened fans with the energetic “Shutter Island”, yelling, “my straitjacket’s custom made though!” as blasts of smoke shot into the air from the stage. 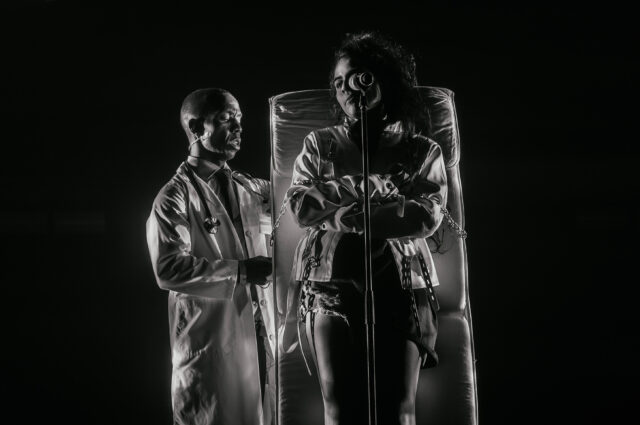 The theatrics were only just beginning. A fan (who was an undercover actor) sparked a yelling match with Reyez. Just as fans started chanting for security, Reyez replied to the disruptor with a classic “F*ck being friends!” as her track, “F*ck Being Friends” played on cue. The lighthearted hues of the track were powerfully contrasted with the somber “Gatekeeper”. As a dancer paraded majestically around Reyez, what the audience didn't know is that behind the curtains, another surprise awaited. The curtains dropped, revealing a full-on orchestra and choir. 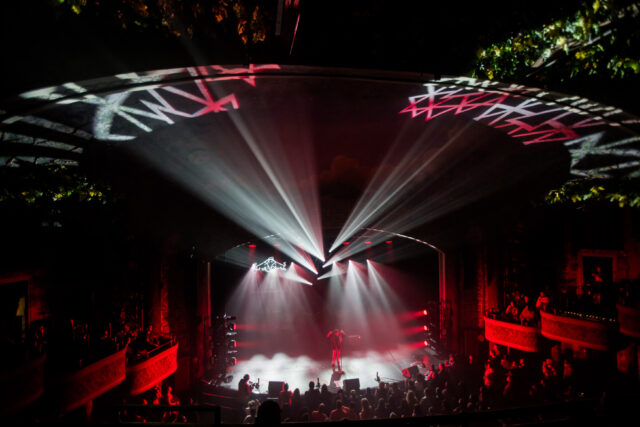 Then–in the blink of an eye–Reyez changed into a traditional Columbian dress, and a Spanish band joined her on stage for a mini street festival. It was joyous. It was beautiful. It felt like home. That joy was interrupted with another skit, this time, in ode of Reyez's latest single “Far Away” which looks at the disruptive effects of deportation regulations on immigrant families. We saw a family pulled from the stage and witnessed police tear a child away from her parents. The scene served as a potent reminder to fans that it could have been any of one of them in that same predicament. 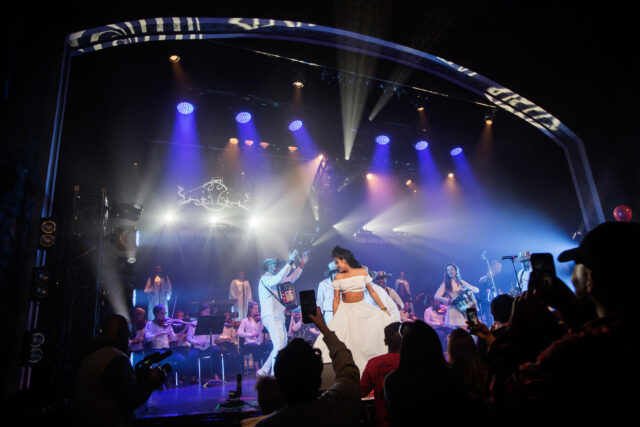 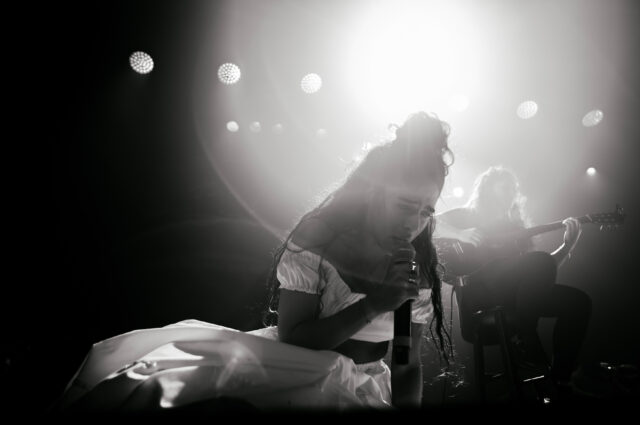 Seemingly, just as the show felt like it was building up, it soon ended. But a buzz of inspiration permeated the entire venue, even long after Reyez left the stage. Directed without a hitch, this one-hour concert was quite possibly the best show I had ever witnessed in my life, but more importantly, a stunning testament to what indie artists can achieve with the proper financial backing. 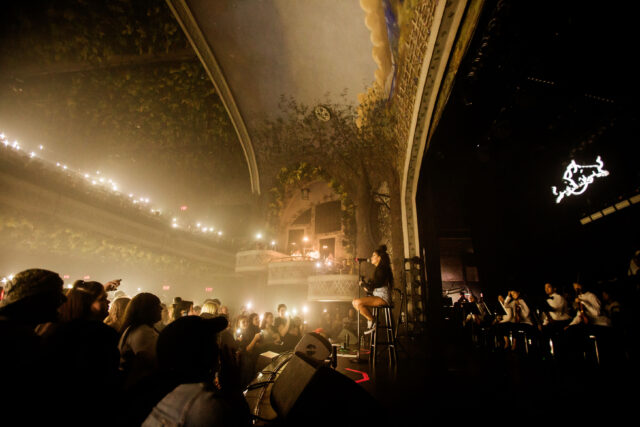 Red Bull Music Festival Toronto 2019 marked a special celebration of the many facets that make up urban culture in Toronto. Crafted in a fashion that stayed true to Toronto's ever-evolving creative palette and multicultural roots, Red Bull directed a festival that is bound to go down in the pages of Toronto's musical history.