9 months ago by Patrick Ames Conner

After becoming well established as one of the signature parties of Miami Music Week across multiple annual editions, Damian Lazarus exported his Get Lost experience to Brooklyn's Knockdown Center for two days of underground dance music earlier this month.  The northeastern edition of the multi-dimensional experience took place Friday, October 11th and Saturday, October 12th and was a sizable feat in Lazarus' delivery of the acclaimed party series to cities other than its' home in the tropics.

Get Lost NYC featured a new live concept by Damian, with the first day's onset featuring experimental electronic and pop musicians like Kelsey Lu, Lebanon's Mashrou Leila, and Beautiful Swimmers. Between each of Friday's live performances, freely flowing art pieces took flight across the stage and into the venue, immersing guests in an almost Cirque Du Soleil-esque sensory experience seasoned with burlesque elements making for an abstract, sophisticated entertainment event. 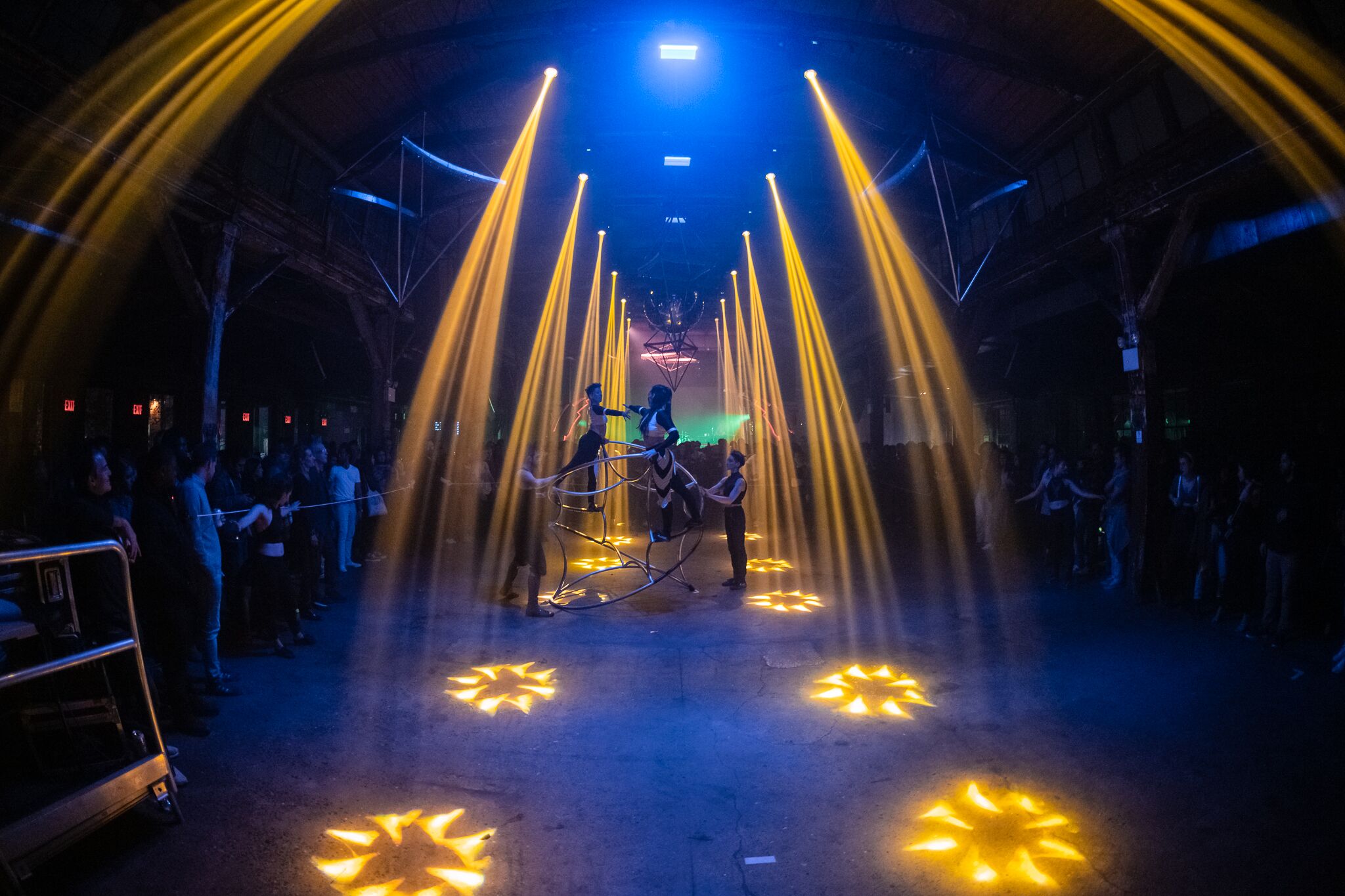 Saturday's main attraction brought a momentous exhibition of dance music of the house and techno varieties, with the event overturning the entirety of The Knockdown Center - revealing rooms of the venue even locals hadn't know existed and converting the facility into an adult playground where one could truly lose their way. The Ruins, Knockdown's outdoor edition was decorated vibrantly with many alcoves to be explored and interactive art installations peppering what was certainly an authentic campus to a fitting installment to the Get Lost chronicle.  Musically, the Ruins echoed for eight hours with energy ranging from bright, to broody, to sultry as the progression of a techno and tech-house evening often embarks upon via guidance from Davi, Francesca Lombardo, Nic Fanciulli, Dennis Ferrer and Robag Whrume. 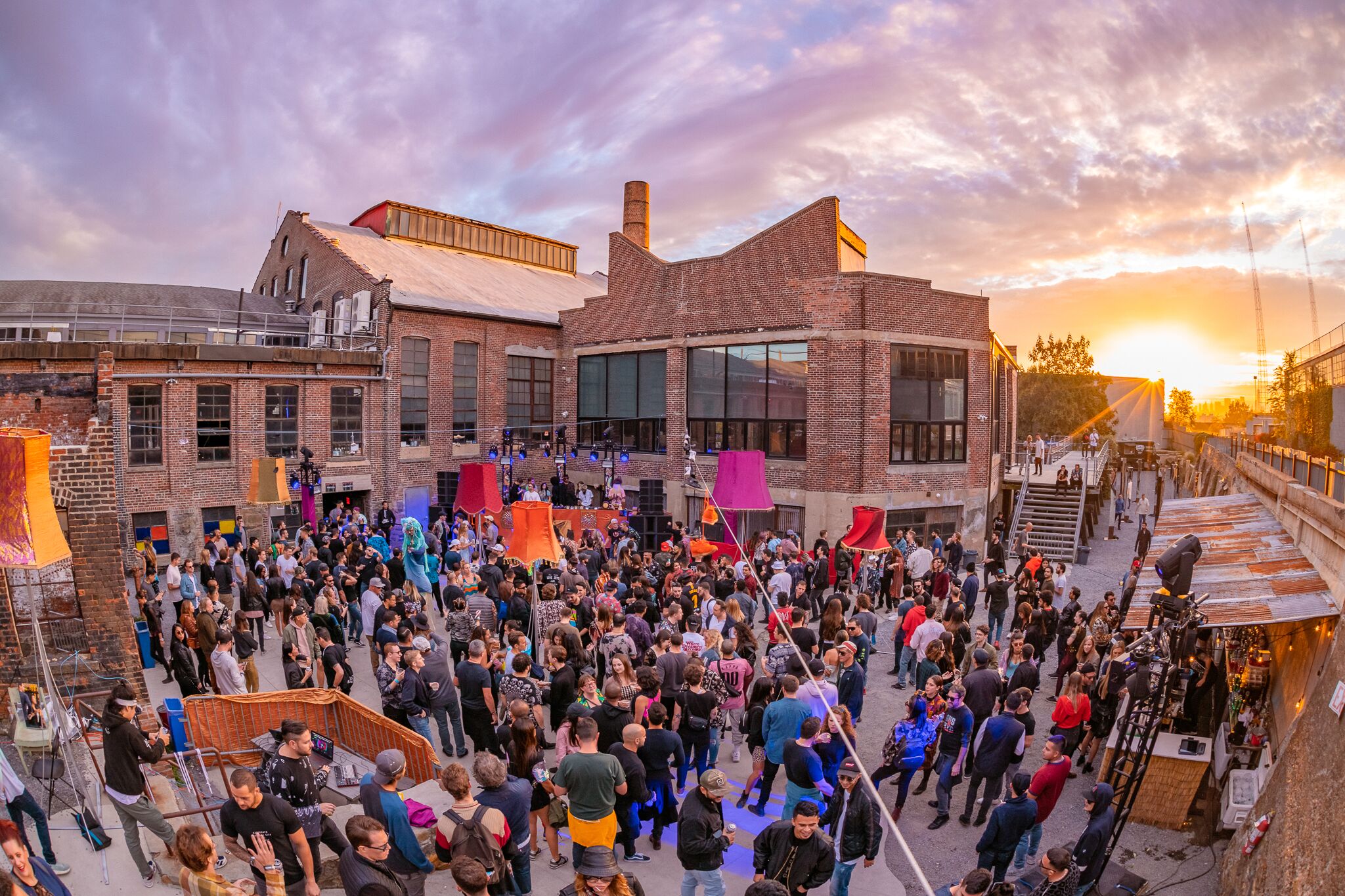 The evening hours sparked a dusk till dawn soirée that demanded the affluent, sophisticated underground dance music consumer's attention, of whom populated the vast majority of the crowd in Ibiza-meets-Burning Man-esque garb peppered with Posh attitudes. The multi-environment setup with a collection of top notch techno and house talent in toe made for a mind-bending evening, with top-billed acts including Felix Da Housecat, Ae:ther, Dennis Ferrer, The Martinez Brothers, and Mr. Lazarus himself.

The aforementioned space of which had previously unknown to even the most seasoned of Brooklyn's nightlife played host to some of the best energy of the night.  Titled "The Texas Room", the intimate warehouse-style space was decked out in the glitziest of decor, with chandeliers and disco balls complimenting the warm disco and house vibes radiating from the monitors.  Situated behind a sizable, attention-demanding geometric art installation, The Texas room was something of a hidden gem that maintained a lush, welcoming vibe for the duration of the event. DJ duties were served with poise from Denny, Salome, Tibi Dabo, Joeski, Audiojack and DJ Three carrying quality beats and vibes from sunset till nearly sunrise. 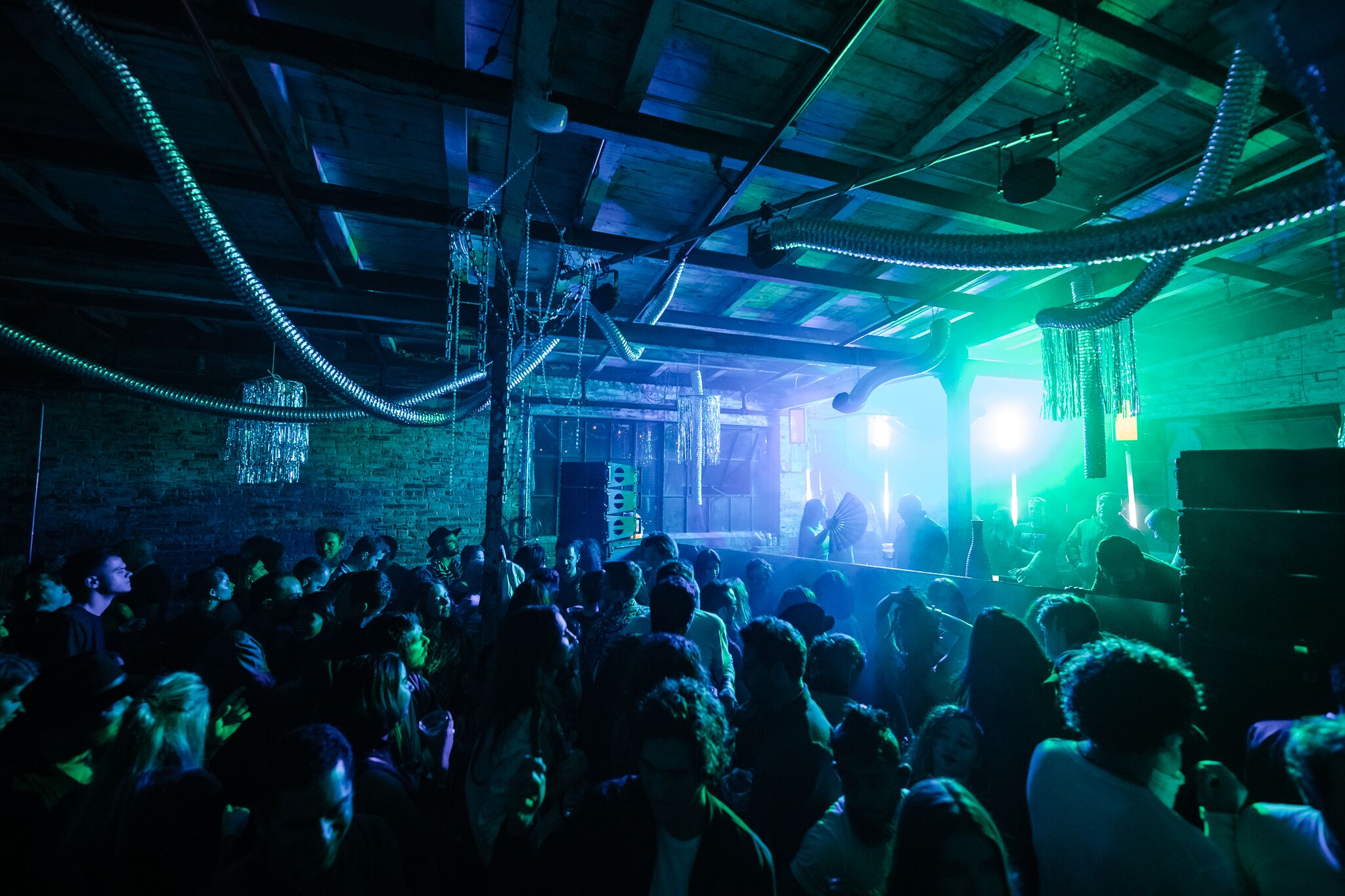 Basement is Knockdown Center's recently instated sub-level dungeon space-gone-nightclub that's had unique success as rising to become a premier underground hard techno destination in both Brooklyn and the United States.  Only having two seasons of operation under its' belt, the club maintains the most European style vibe of any of its' domestic cohorts and delivers regular doses of authentic energy to fans on a weekly basis.  The basement was in full force for the complex-spanning Get Lost event and boasted driving, sets of a lengthier variety from Tijana T, Serge Devant and the masterful Carl Craig.

The musical highlight of the night was irrevocably German DJ Ae:ther's set on the earlier 11:30 time slot, proving himself as a melodic techno talent to keep sights set on as he played through scores of his own new music and beloved techno remixes - promoting his impending debut artist album 'Me' set for release November 15th.  Ae:ther boasts the sound an Afterlife fanatic would turn their ears with glee, and has often aligned with the label playing several of their notable showcases, yet has received and accepted immense support from the Crosstown Rebels collective where his album will be releasing by way of their label next month. 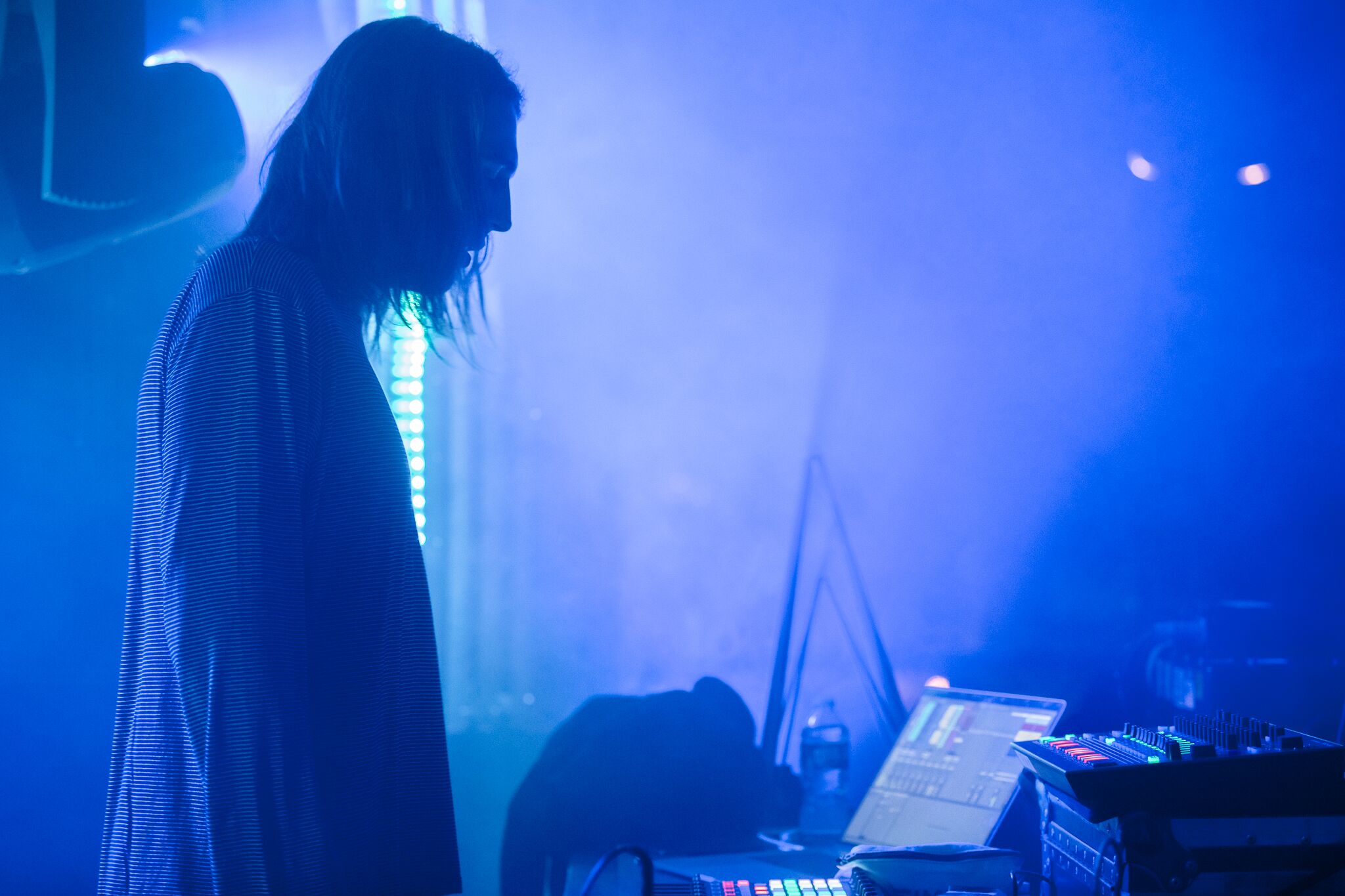 The next major experience on the Lazarus calendar is the recently announced Day Zero 2020 event in Tulum on Friday, January 10th, with the remote event boasts many of the same names as the New York edition of Get Lost. Finding its' way to an authentically mystic, remote location in Tulum to turn into its' stomping for one day only, Day Zero is another acclaimed party by the event-influential that exudes unique taste in robust dance music experiences.

You can purchase tickets for the upcoming Day Zero event on Resident Advisor and review the lineup in full here. Stay tuned to Damian Lazurus, Crosstown Rebels and Get Lost socials for more in the realm of the rising dance culture extravaganzas.