Rave through the galaxy and into 2019 with Bang On! NYC Time + Space New Year's Eve [Event Preview]

1 year ago by Katey Ceccarelli

It's that time of year again, folks. The holiday where your choice of entertainment  defines you, your bank account, and the literal fabric of your year to come! Okay, maybe its not that deep. But, my fellow New Yorkers, I ask you this: why overpay for the same tired hotel open bar this New Year's when you could join me, Claude Von Stroke, Bleep Bloop, and more at an intergalactic warehouse rave through the cosmos?! 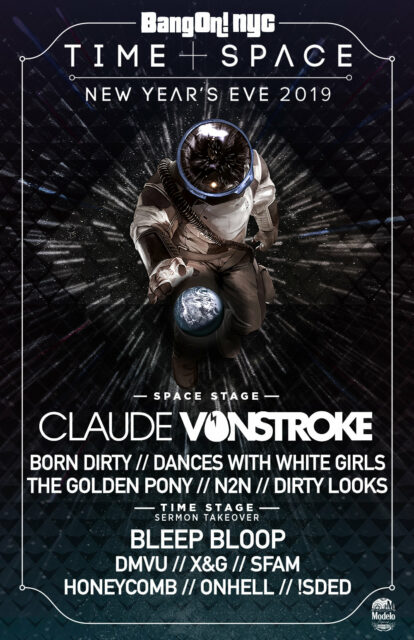 That's right, it's Bang On!, baby! The notorious party starters behind Elements Music & Arts Festival, Elements NYC, and most recently Halloween's Warehouse of Horrors have returned with their now-infamous New Year's extravaganza. The secret warehouse location has been revealed as Knockdown Center in Queens, a 50,000 square-foot restored factory built in 1903. Bang On!'s knack for immersive creative activations is sure to shine at the buzzing contemporary arts center, which has hosted a number of well-received sets this year including Hot Since 82, Yaeji, and Fisher.

This year's Time + Space NYE features equally stacked lineups of house and bass spread across two eponymous stages (we love the duality), as well as art installations and interactive performances in line with the interstellar theme. Alien rooms, live painting, a silent disco, and more otherworldly activations await you at the sprawling Knockdown Center, ready to catapult us into the newfound dimension 2019. To ensure you don't get lost in the stars and forget to catch the best sets, we've selected a couple must-see acts from the bill to keep top of mind. That is, unless the aliens wipe yours clean... 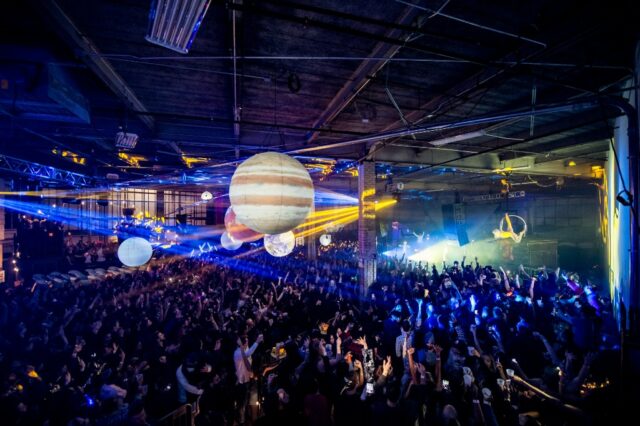 Representing the Time Stage is the dance floor-scorcher, booty bounce-maker, doer of all things party house Born Dirty. This January I noted Born Dirty as one to watch in the year to come, and boy was that sound advice. The undeniable X factor of the genre-shattering "Crazy" set the stage for a wild 2018 for Born Dirty, who seemed to be permanently causing mayhem on decks this year with his signature sonic collision of house, techno, and hip-hop. The French DJ/producer collaborated with her highness Anna Lunoe on  the infectious "Badass," and dominated festival stages from HARD Summer and EDC to Shambhala and Splash House. If Born Dirty felt ubiquitous this year, its because he was - heralding a new, inventive era for genre-shattering club tunes guaranteed to ignite the party.

Few beatmakers have made waves in recent years quite like California natives X&G (the joint project of producers Xian and Gaszia). In 2018 the pair continued their streak of impactful and diverse collaborations with fellow luminary josh pan with the booming, experimental "Paradise" and rock-infused "wait for me," as well as released a full-length remix pack for 2017's PERSONA LP. A quick scan through X&G's discography shows not only feats of fearless production but a complete disregard for the boundaries of genre. Expect dark, body-moving beats and potent energy on the Space Stage. 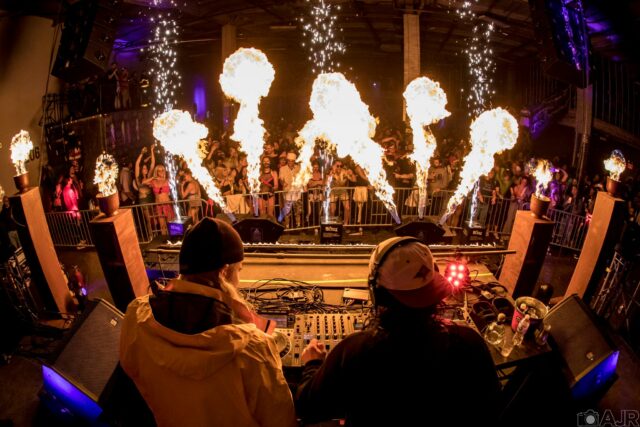 Infusing the function with a little bayou attitude is New Orleans' own sfam. The experimental bass duo has swiftly risen the ranks in the wake of their 2017 debut EP Expand on Quality Goods Records, turning heads with their left-of-center compositions and riotous live sets. Their most recent release, "Blast" with TVBOO lands sfam back with QGR and showcases their mastery of negative space, tribal bass lines, and dance floor-decimating wobbles. It's easy to see why some the nation's most infamous parties (Space Yacht, anyone?) have tapped the young phenoms to turn up the heat on the decks. Don't miss their New York debut on the Space Stage.

If you still aren't convinced, let me break it down for you, TL/DR: warehouse rave in space. Get your passes before its too late at bangon-nyc.com.