LA Gives Back will return for its third year running with a charity event and auction uniting entertainment, music fans and artists together to raise money to help the homeless. According to the city's annual survey, Los Angeles's homeless population grew 43% from 2017-2018, and LA Gives Back and its partners seek to support solutions for the growing issue through bringing community together and donating proceeds to the Downtown Women’s Center and My Friend’s Place. Local brands Brownies & Lemonade, Mad Decent, Ninja Tune, Emo Nite, Restless Nights, Adult Swim and Late Night Laggers have gathered to curate the event, taking place at another LA stalwart Catch.One on Wednesday, December 19.

In past years, artists like Diplo, Ducky and Boys Noize have made special appearances at the event, where five rooms will be curated with music and special guest surprises. Tickets can be purchased here.

100% of the profits will go to charity, including those of an auction launched by IHEARTCOMIX. Find out more about the first round of auction items here, listed below. 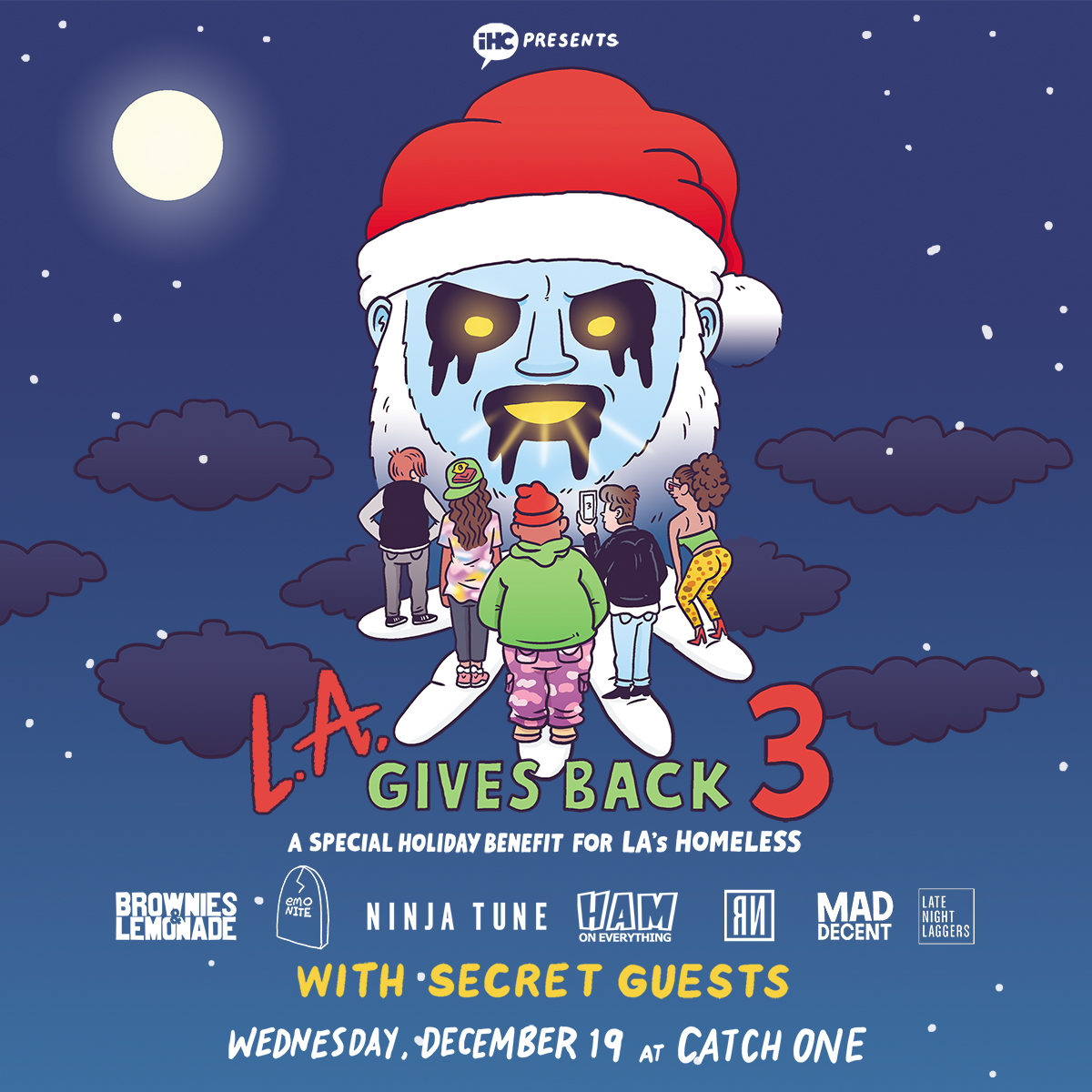