ALL MY FRIENDS has developed a fondly looked on reputation in the Los Angeles events scene. The Gary Richards-founded brand announced it will launch its inaugural festival in Los Angeles this April, alongside the HARD founder's announcement of its partnered FRIENDS festival cruise. To announce the line up for this festival, however, Richards has enlisted some of his contemporaries to give a warm welcome to fans and to the new event.

ALL MY FRIENDS is deemed as the only major festival hitting Los Angeles this summer, with newly announced headliners RL Grime, Gucci Mane, MIA and Jamie xx ready to hit one of the event's three stages on August 18-19, 2018 at ROW in downtown LA. The festival will also welcome further DJ's, including Anna Lunoe, Justin Martin and Pete Tong, along with hip-hop artists like Yo Gotti.

Tickets are currently available as festival passes and single day, starting at $79 and $129.  This tier 1 pricing ends June 1. 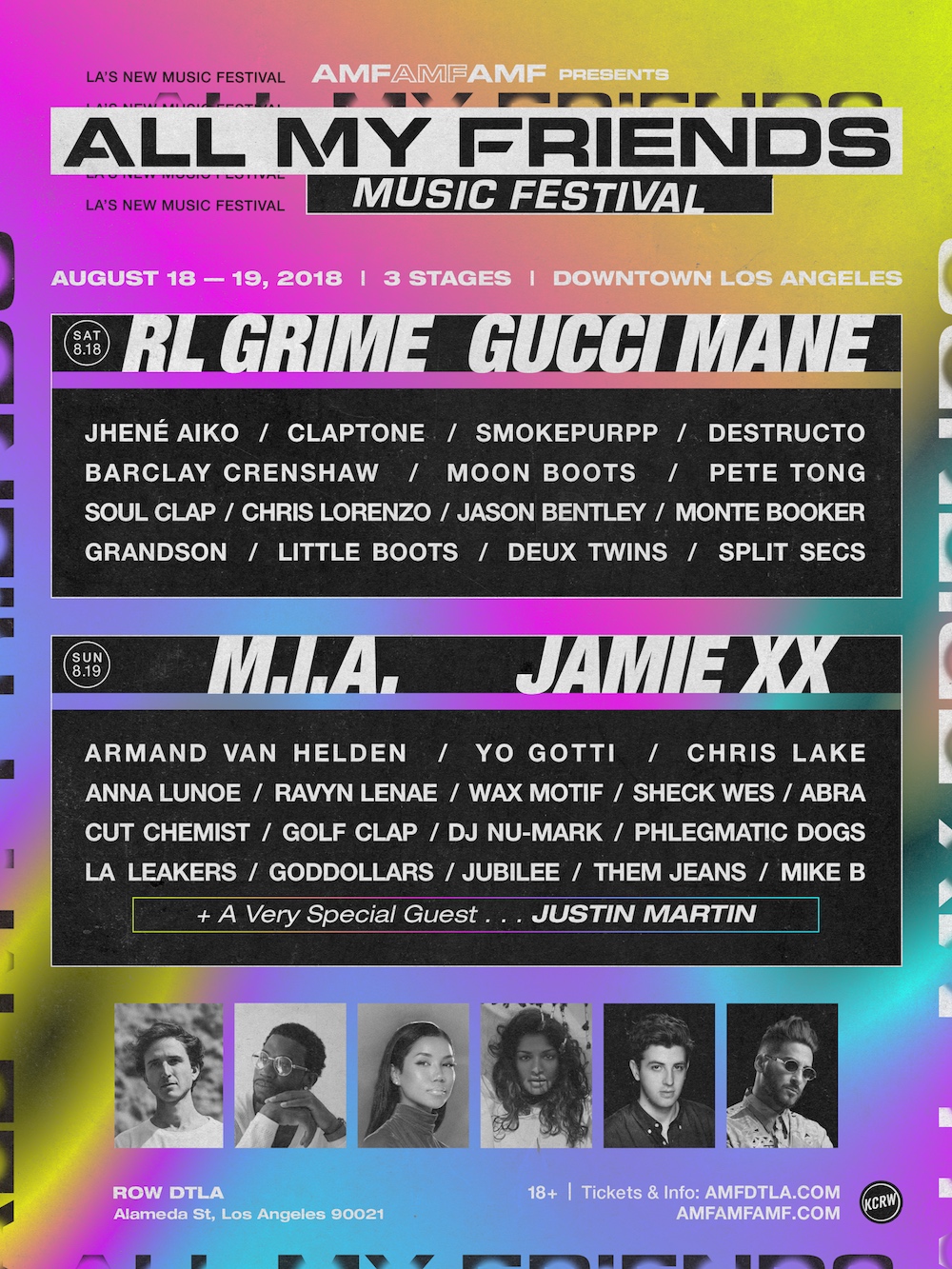