As one of the fastest growing festival producers in North America, PSG have already cemented their reputation as one of the nation’s most tastemaking event brands by bringing the biggest names in hip-hop and EDM to filled venues of tens of thousands in America’s heartland markets. In 2018, PSG will produce nine festivals under the Breakaway, Prime, Haunted Fest, and #Fest brands.

As they continue to curate some of the most impressive lineups in the industry, Breakaway Music Festival’s Columbus and Grand Rapid programming proves PSG’s high curation standards as they explore the intersection of hip-hop and electronic music.

As PSG’s premiere festival brand, Breakaway Music Festival will continue its mission to bring top notch music lineups and next level production to the nation’s college party elite. Coming into 2018, Breakaway Music Festival will not only return to Grand Rapids and Columbus but will also touch down at Charlotte’s AvidXchange Music Factory on August 24-25th and expand to Nashville in-front of the State Capitol in Bicentennial Park on October 5-6th.

Tickets are available now, so check the links below for more info. 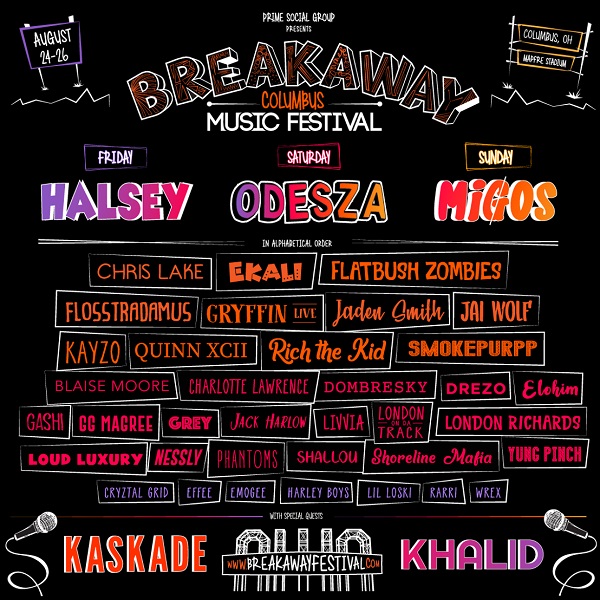