3 years ago by Kevin Gaughan

Electric Island, Toronto's premier underground dance music festival that has featured artists like Maceo Plex, Sven Vath, Nina Kravitz, Ben Klock, Sasha, and more, is now in its sixth season. They're changing things up a bit by hosting multiple dates on Saturdays or Sundays instead of the typical holiday Monday of those respective weekends which gives everyone a bit more rest heading into the week. Follow along as the lineups are revealed in the coming months for what is sure to be the biggest year yet. 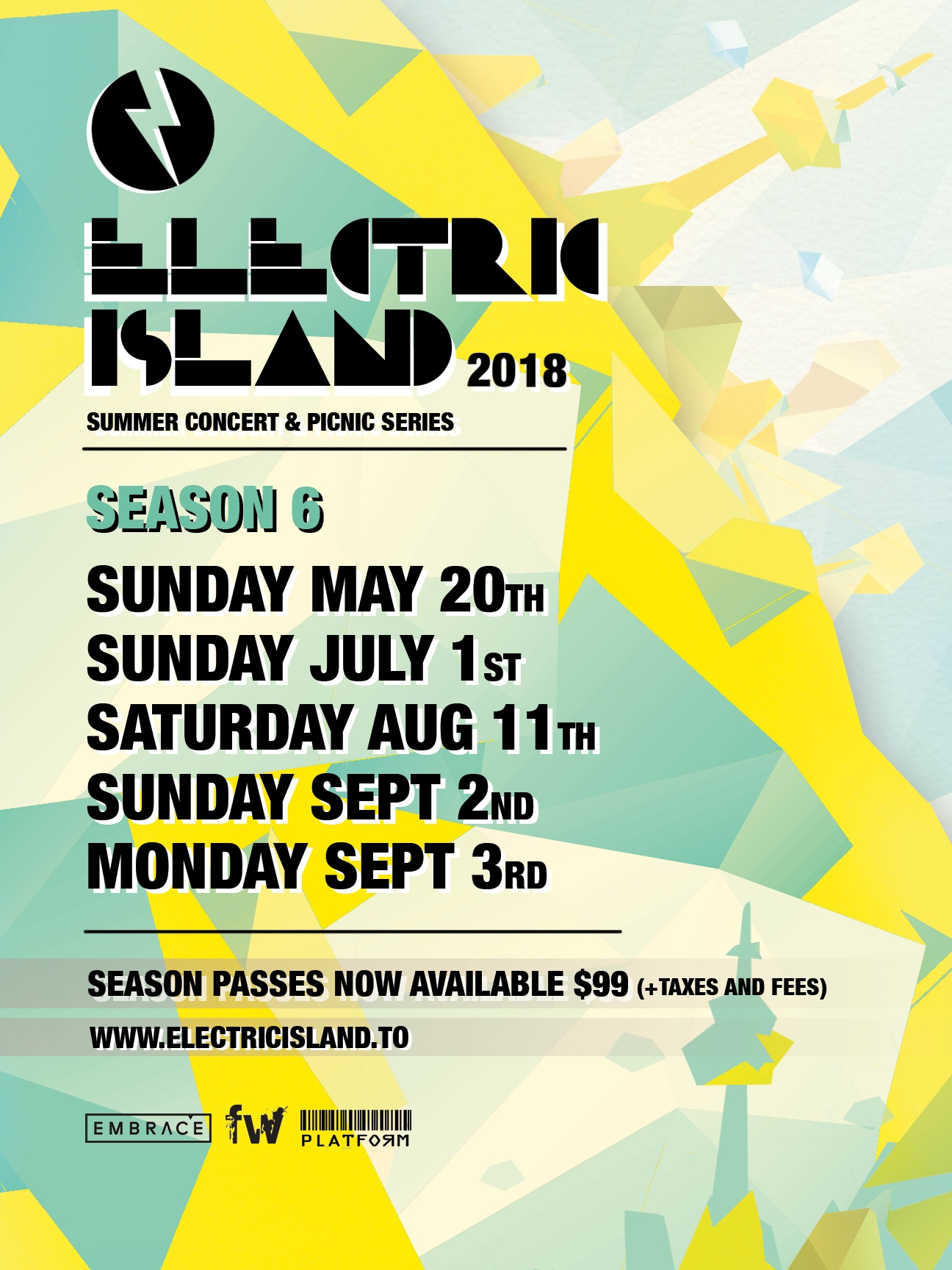