Tyler, The Creator gets interviewed by Jerrod Carmichael for "FLOWER BOY" 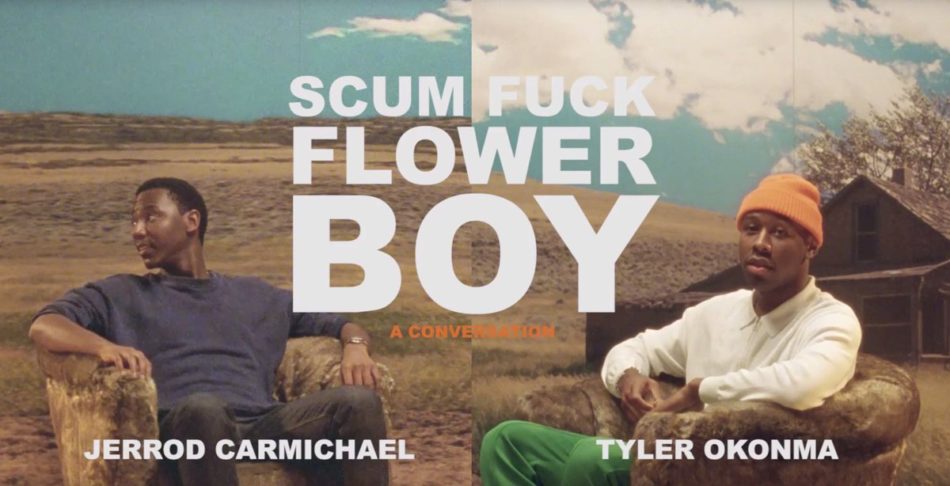 Early this morning, Tyler, The Creator unveiled an hour long interview/discussion with comedian Jerrod Carmichael about the creation of his 2017 opus Flower Boy. It is one of the few official interviews to be released for the project, a clear-cut decision as he revealed on twitter: "im not into the idea of interviews anymore cause theyre ugly and.....i rather do it myself ya know".

The discussion was directed by Tyler's alter-ego Wolf Haley and features the duo on a highly stylized set as they run through Tyler's inspirations for each song and how certain collaborations came to fruition.

Flower Boy has been nominated for Best Rap Album at the 2018 Grammy Awards and debuted at No. 2 on the Billboard 200 albums chart.