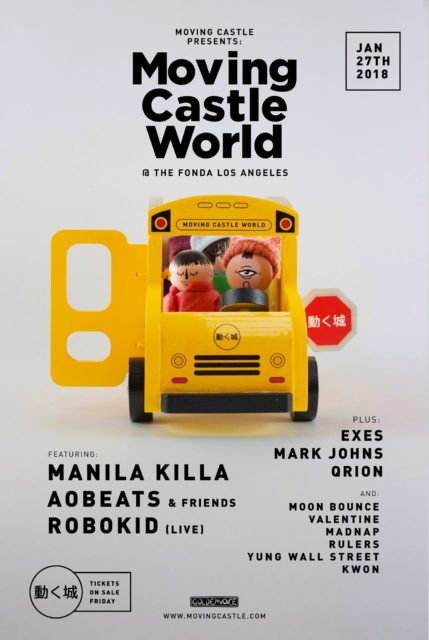 New artist additions Qrion, Madnap, Rulers, Exes, Moon Bounce and VALENTINE will be performing inside The Fonda, as well as OG's Mark Johns and Yung Wall Street. The collective has been making some serious moves this past year with a heavy couple months of releases, the opening of their store on Melrose Ave in Los Angeles and doing takeovers at festivals SXSW, SnowGlobe and Splash House. With a roster that keeps getting bigger, what was once a small internet collective has come up as a mainstay label in the electronic music scene that cannot be ignored - and this announcement proves it. Hop on Soundcloud, scroll through their feed, get to know before the blow up and cop your tickets for Moving Castle World.