The Meadows gears up to hit NYC with set times, food lineup and mobile app 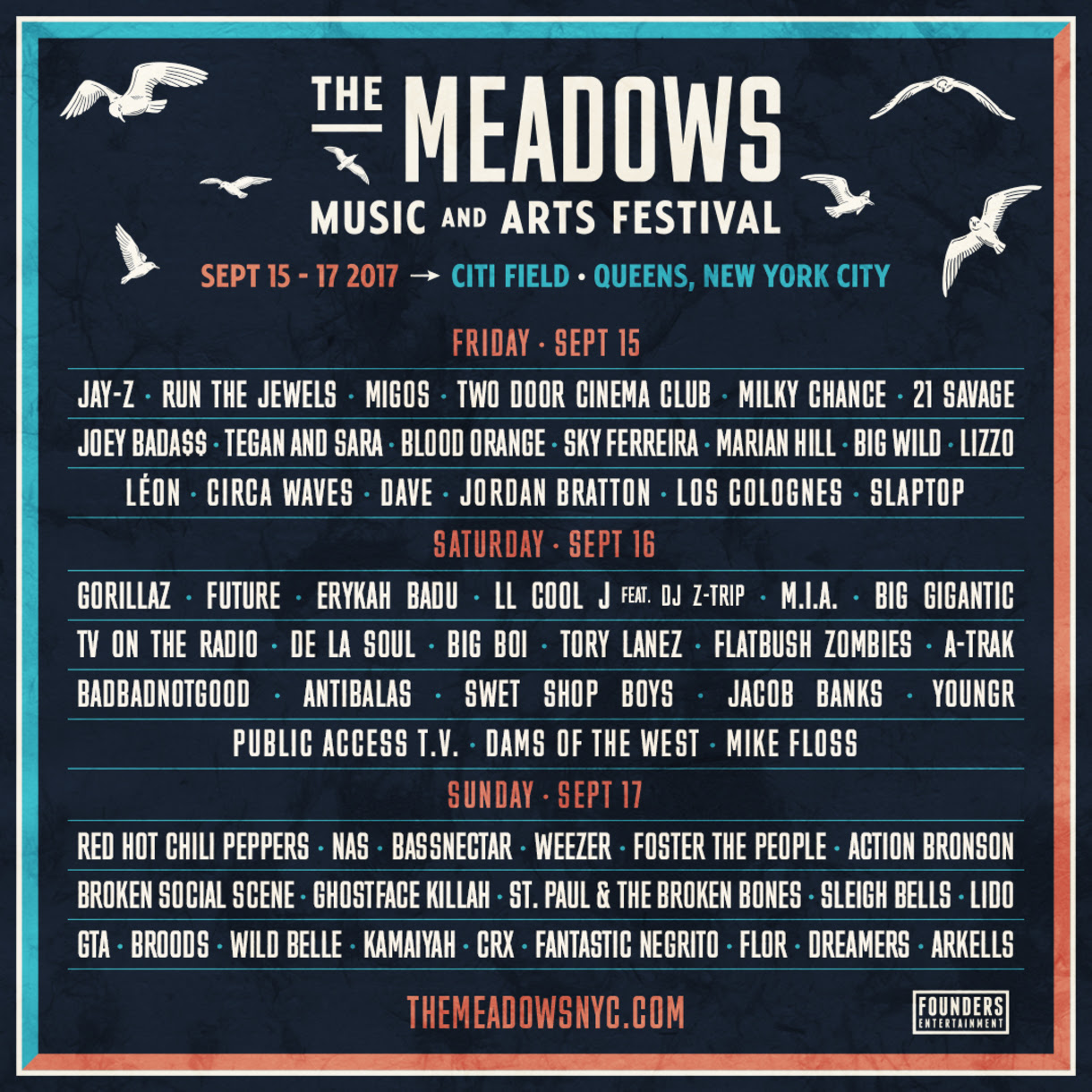 If you're a resident of New York City, it's hard to miss the presence of its next big music festival The Meadows. If you're in Williamsburg, you might have seen the Bedford L subway stop fully branded in Meadows vinyl earlier in the summer. Otherwise, you've been hearing about it from its headliners - Jay Z, Red Hot Chili Peppers, Nas, Future, and the long awaited NYC return of Gorillaz, as the festival approaches.

The Meadows launched in 2016 with a bang, and its sophomore stand at CitiField will be its second test. While it might not have the drama that descended on last year's headlining performance from Kanye West, the festival will be one of the first stops on Jay Z's tour in support of his hyped album 4:44. Beyond the headliners, The Meadows has brought a multitude of attractive acts - including some hyped up and comers like Kamaiyah, Youngr and Leon, and old school stays like A-Trak, Lizzo and Ghostface Killah. Announcing set times well ahead of the festival's September 15-17th dates, fans can start planning ahead now. 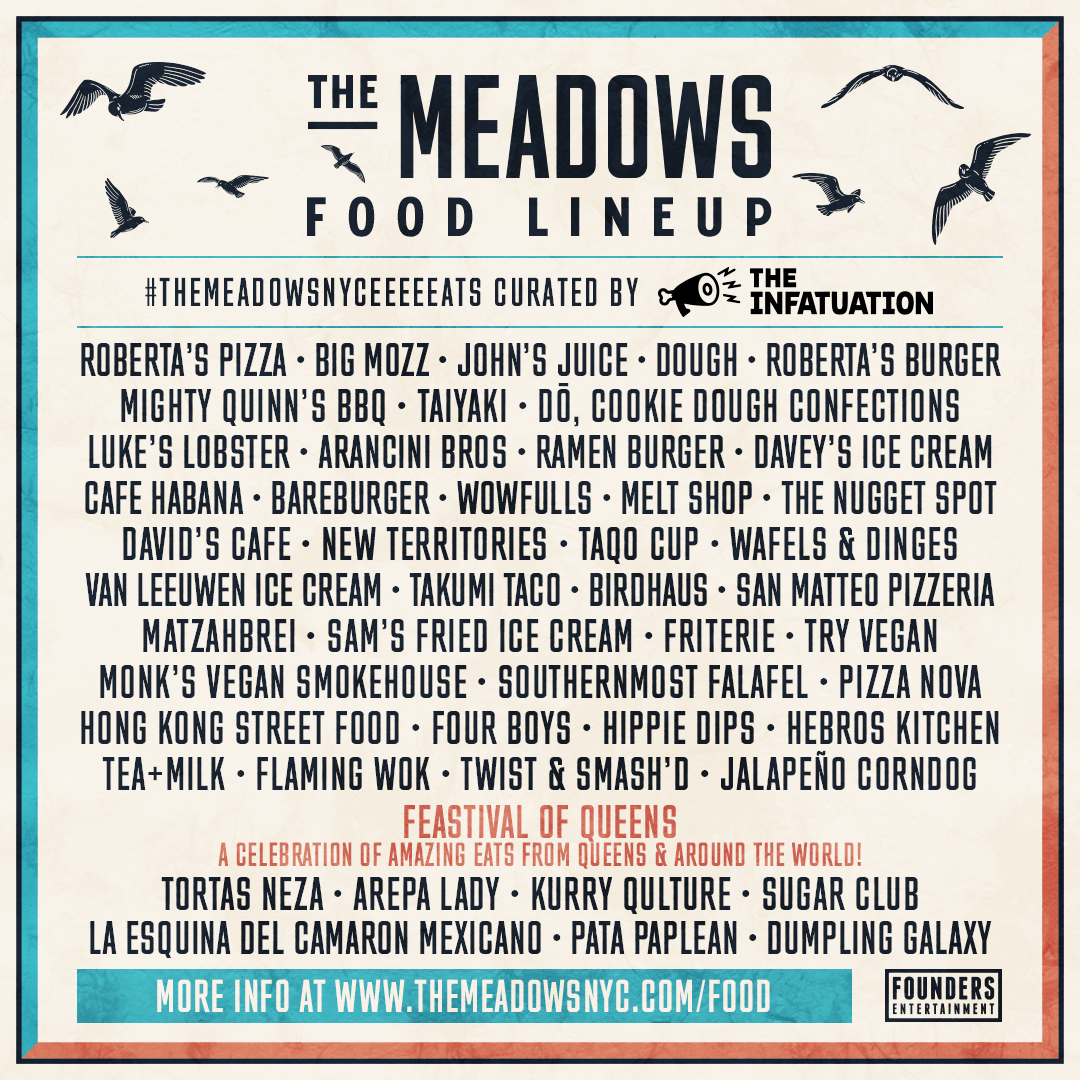 The Meadows has made a point to update their presence from last year, launching the FEASTival of Queens in partnership with Serious Eats' Joe Distefano, and a village of food offerings from restaurant review thought leaders The Infatuation. FEASTival of Queens will allow festival attendees to experience the festival's curated food scene as they sample through the vendors below.

The Meadows will, as any prepared festival does, offer a mobile app for attendees to stay in the know. Tickets to the festival are still on sale, and you can purchase them here.