Sunset Music Festival announces full lineup, Major Lazer and Above & Beyond to headline

Sunset Music Festival, or SMF for short, announced its full lineup for 2017 and managed to snag Major Lazer, Above & Beyond, RL Grime and Zeds Dead as their four main headliners. Based in Tampa, Florida, the festival returns for its sixth year at Raymond James Stadium from May 27th - 28th. 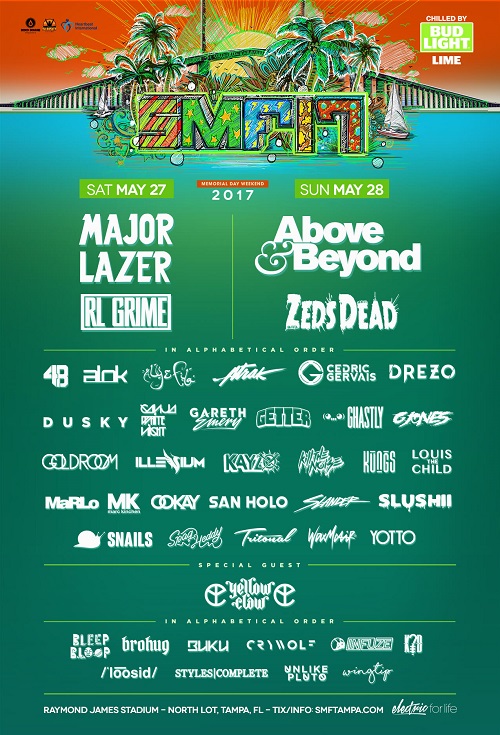 While SMF's headliners receive most of the shine, the lineup's undercard should not be ignored. Legends Aly and Fila, A-Trak, Cedric Gervais and Gareth Emery will be making an appearance over the festival's two-day period, as well as rising stars Illenium, KAYZO, Louis the Child, San Holo, Slushii and SNAILS. SMF has also managed to snag quite a few up-and-coming producers, as well. BLEEP BLOOP, Crywolf, k?d, and Wingtip, amongst others, will be showing their stuff throughout the weekend.

With the festival occurring over two days, SMF has managed to pack in a mix of legendary, essential and up-and-coming acts. A little bit of everything for everyone. For more information and ticket sales, head to Sunset Music Festival's official website.