SoundCloud Go just got revamped - but how will it fare?

It's no secret that SoundCloud is a leading name in music streaming. However, the company that helped launch Chance The Rapper and Autograf's careers saw some ups and downs in the past year. In 2016, they saw a big investment from Twitter to the tune of $70 million and launched a subscription service called SoundCloud Go. The launch - a direct line to both align with the big record labels controlling the rights to much of the music SoundCloud lacked access to, and to compete with paid premium offerings from the other big players in the game like Apple Music, Spotify and otherwise. Furthermore, SoundCloud has been amongst swirling rumors that it's looking to be bought by Spotify, all while it goes through fundraising to meet its goals as a startup. And in winter 2016, they announced further upgrades to the creator-geared sound and social management app, Pulse.

Today the streaming provider has announced further new updates to its services. Detailed in the below graphic, SoundCloud Go will no longer be the company's sole paid subscription offering. The new Go will be a lower price point - $4.99 per month - and the premium service SoundCloud Go+ will be its more premium offering at $9.99 a month with more extensive reach for users. Touting a coveted offline access feature, both subscription services offer more than what we formerly knew SoundCloud as best in class for. While this expansion seeks to offer more options to customers, the question is, will this actually bring more revenue in for the company? Is a $5 difference really a dealbreaker for people looking to get extensive access to music? With SoundCloud's bread and butter being music discovery, the seemingly small difference in offering and price between Go and Go+, is Soundcloud setting up one of its paid services to eventually fail?

In the end, SoundCloud still stands by its huge library of streamable music, and their closeness to artists who are trying to make it big. Throughout all of these new expansions, the company has maintained its brand vision and giving each user a unique opportunity to discover their new and favorite sounds on their own. 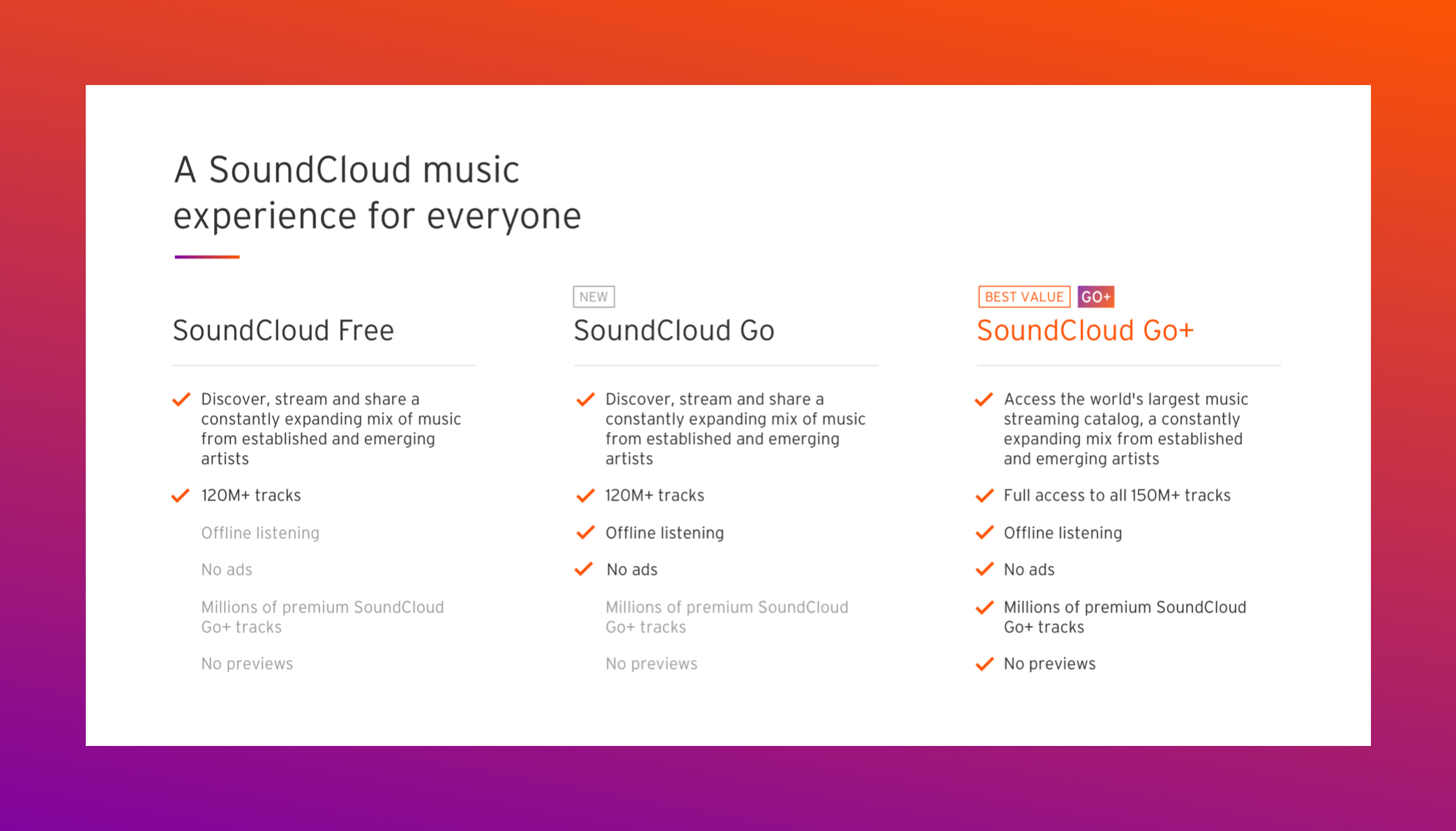