On Friday, February 10th at Rialto Theatre in Montreal, a group of local musicians are raising funds in support of the recent Mosque attack in Canada. The event is called Yursa in reflection of the Arabic word for "ease after hardship." The show is open to all people and all ages, doors opening at 7:30 and show at 8:30. All of the proceeds from tickets and merch are going to the families of the victims in Saint-Foy.

There comes a time when people need to stand together united for a collective state of understanding. While there is a multitude of events and vigils being held for the victims of this tragedy, in times of crisis, music can serve as a platform for us to come together and unite for positive causes.

Tickets are $20 and can be bought here, more information via the Facebook Event. 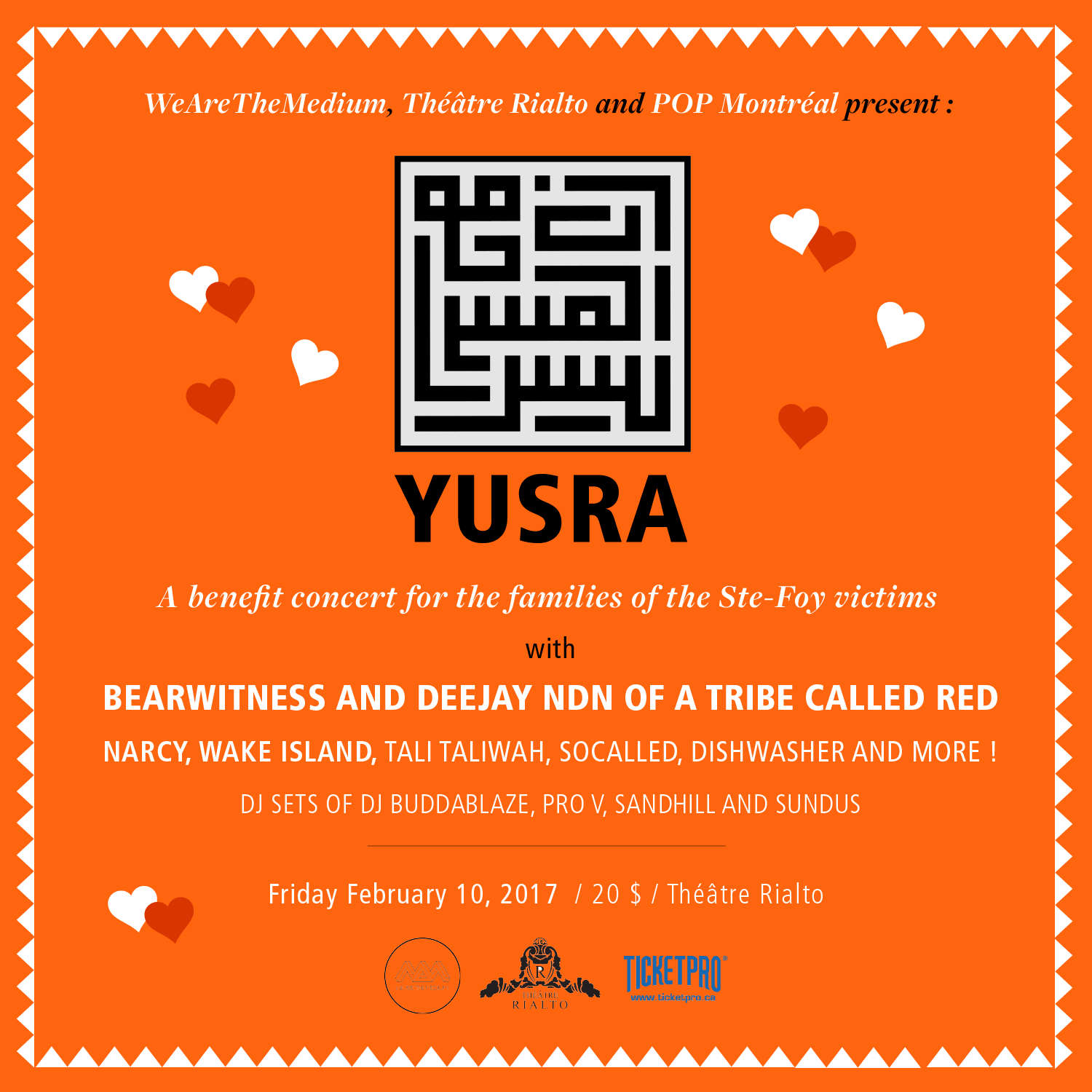