5 years ago by Jason Heffler

Party Thieves knows that when it comes to being a successful musician, it's all about keeping your fans happy. That is why the rising NY-based trap producer is bringing his patented wonky bass sound directly to his loyal #TheftArmy fanbase on a special free admission, four-stop tour comprised of intimate 300-person capacity venues. Unlike big stadium shows that are tailored strictly for the promoters' financial gain, Party Thieves has chosen to put his fans and their experiences first:

"I’ve had the urge to meet and just genuinely party with my most loyal fans - no tickets, no complicated promoter contracts, just free shows and intimate memories that these fans will be able to share forever. I’m basically throwing a meet&greet tour to give back to this community. A lot of artists are caught up in making money, but I’m just caught up in having fun with the people who support me." 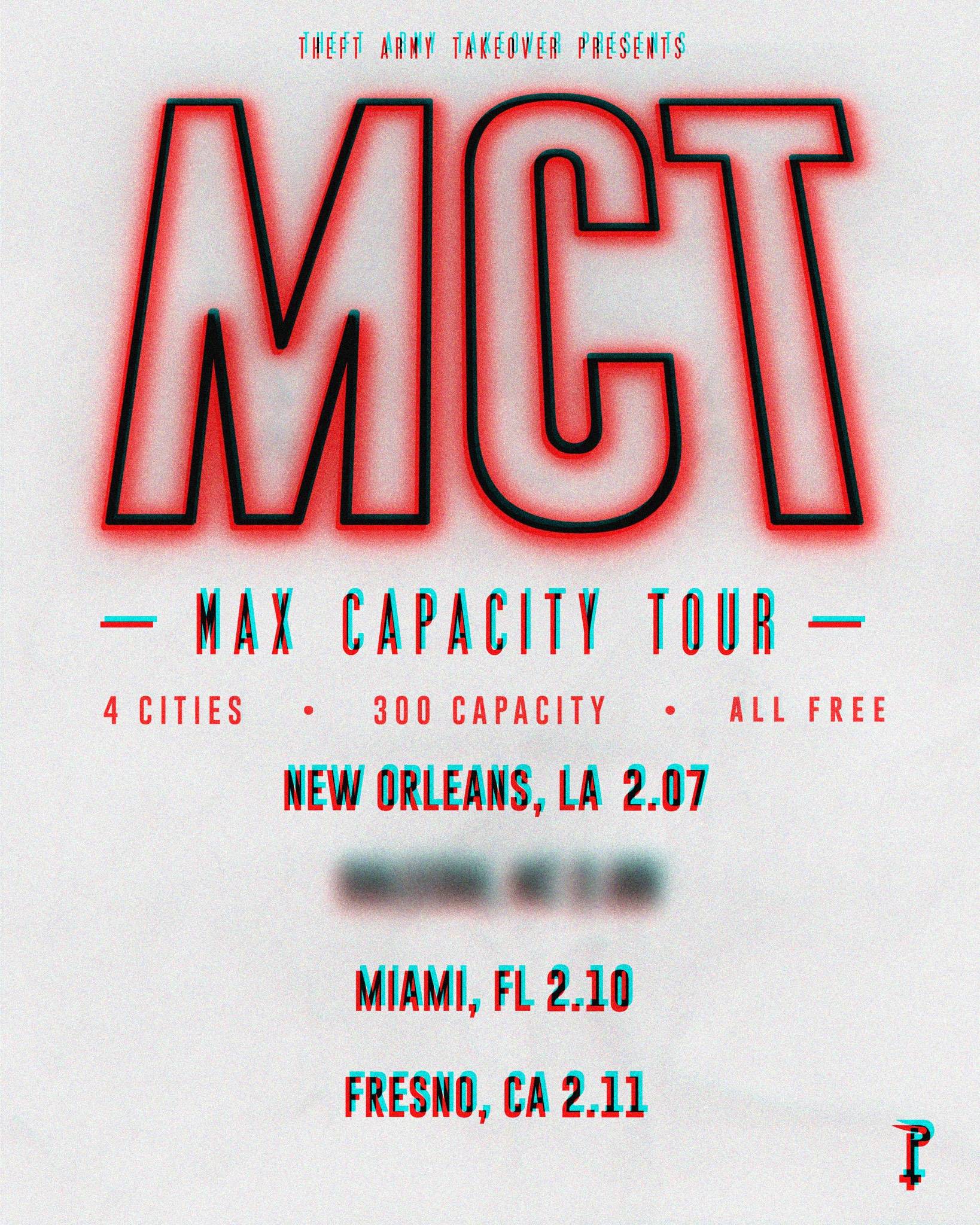 The Max Capacity Tour will kick off in February at Republic in New Orleans, trekking through Miami's Heart Nightclub before culminating at Fulton 55 in Fresno, California. With a limited amount of shows and tickets, Party Thieves aims to cater to his die-hards, promising adrenaline-fueled nights of screeching bass wobbles and dirty trap beats. You can reserve your spot on the guestlist here.