Governors Ball announces 2017 lineup with Tool, Chance The Rapper, and Phoenix as headliners 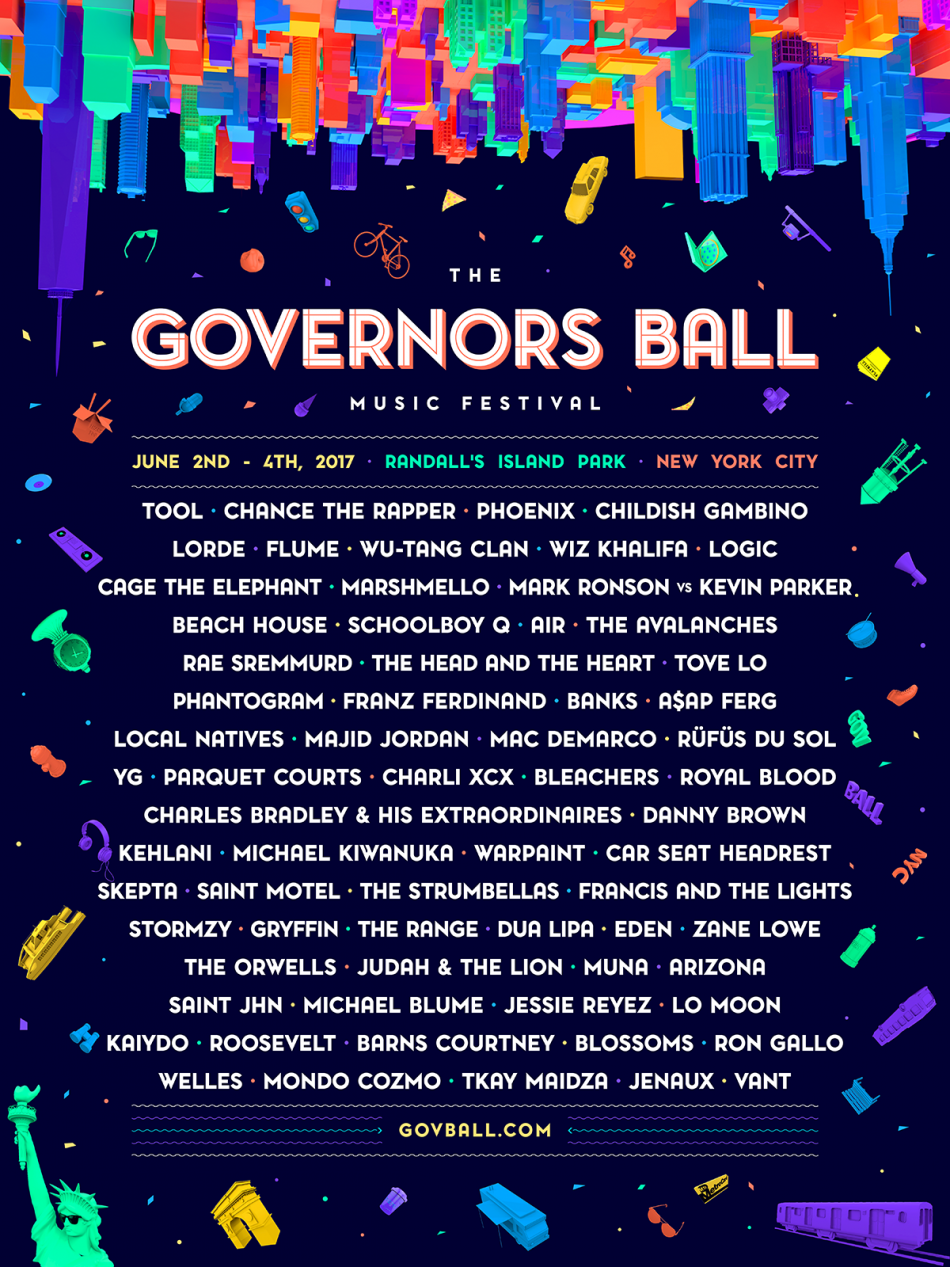 It seems January 2nd, 2017 was the tipping point for this year's festival announcements. With Coachella announcing its lineup yesterday, New York's Governors Ball Music Festival followed suit announcing its lineup today. Hitting Randall's Island Park for the festival's sixth year running - and despite a full day rain cancellation in 2016 - Governors Ball looks to come back with a vengeance in 2017 announcing 1990's rock gods Tool, along with one of this year's rappers of the year, Chance The Rapper, and indie electronic pioneers Phoenix as its headliners.

This year's lineup has a hip hop-heavy look, with acts like Wu Tang Clan, Schoolboy Q and A$AP Ferg among the many joining in. Three-day tickets to the festival go on sale on January 6th at 12 PM EST.