4 years ago by Alexandria Wojcik

try to trJustice is scheduled to throw down a pre-NYE DJ set at New York City’s Pier 94 on December 30. The post-disco dance party is part of Big Week NYC, RPM Presents’ annual end-of-year electronic dance party series that takes over various venues all over the city for the entire week between Christmas and New Years’ morning.

It’s their first show since they unleashed Woman via Ed Banger Records just before Thanksgiving, and comes ahead of their first Essential Mix for BBC Radio 1 since 2007.

To add to the anticipation, the friends that will be supporting the iconic French duo on the lineup remain yet-to-be announced. They rang in 2016 in a Brooklyn warehouse alongside Gesaffelstein and ODESZA, so it would only make sense to close the year out with an equally epic lineup, right? Tickets are on sale now here. 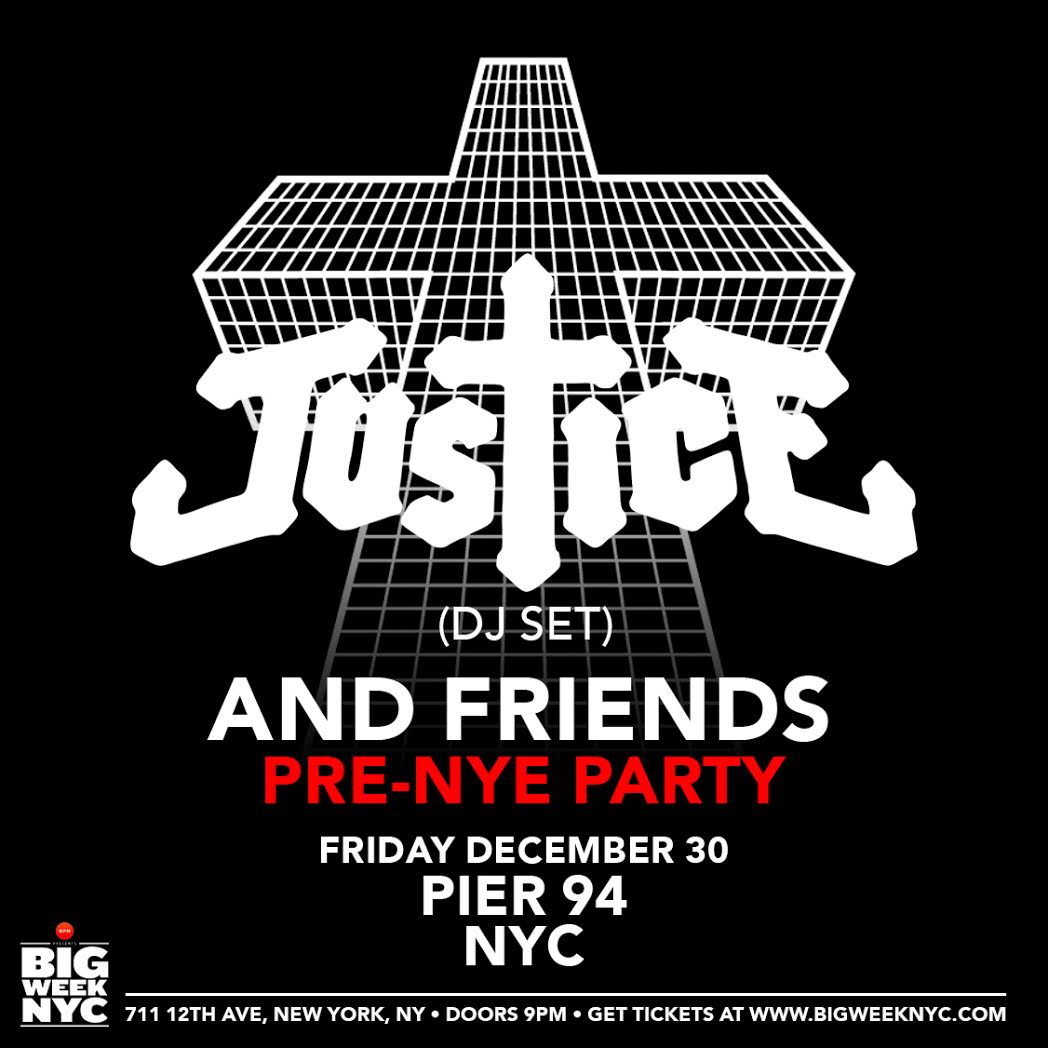