Hotflush Recordings boss Scuba has seen his blend of dark, trippy techno come into fashion over the past few years, and as someone who's always on the forefront of cutting edge dance music, you can bet he's not stopping there. Paul Rose has generally stayed just under the radar as his label has done much of the talking, and that's one of the reasons he's able to focus so heavily on the label and personal musical output. Countless artists including Dense & Pika, Locked Groove, and Paul Woolford have exploded under the Hotflush imprint and now Scuba is taking his show on the road, with a North American tour planned for this fall.

He'll be making appearances in Chicago, Montreal, Mexico, San Diego, Miami, and at Output in Brooklyn among others along the 11 date tour. 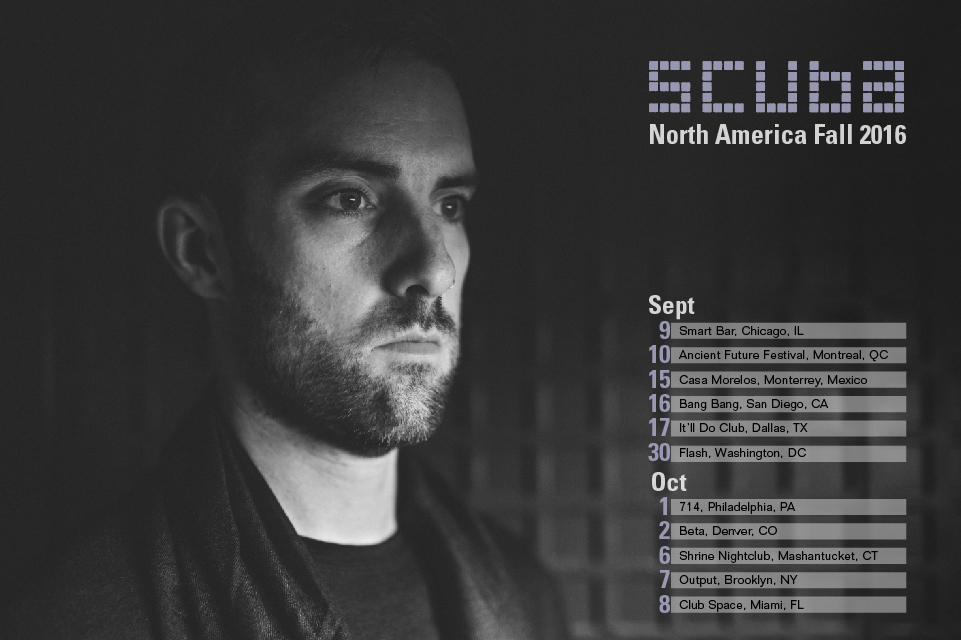