Dallas, get ready to put on your best #BASSFACE

4 years ago by John Smith

Need more bass in your life? Well get ready because Saturday, August 20th #BassFace is transforming AirHogs Arena/Stadium in Dallas with state of the art visual effects, ground shaking bass & top notch artists from all around the world to create a heavy-hitting bass-filled experience. Phase 1 lineup includes Infected Mushroom, Gladiator, TastyTreat, and more. 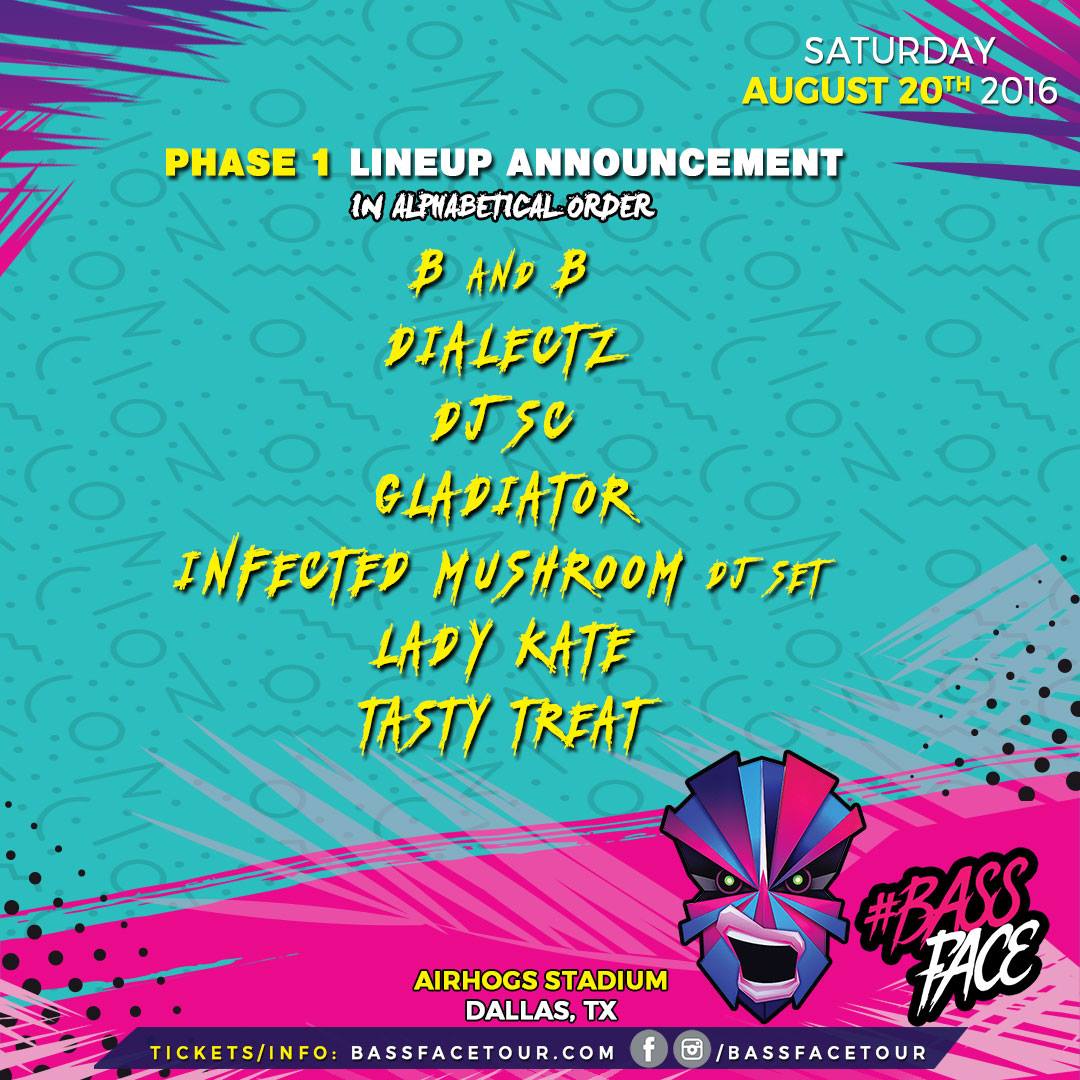 If you've been listening to electronic music for long enough there's no way you haven't heard of Infected Mushroom. These guys have been the face of psytrance for over a decade now and show no signs of slowing down. In fact they released a new song just the other day entitled "Liquid Smoke." Check it out below.

LA based heavy hitters, Gladiator, are also a name I'm sure you've heard of by now. The duo has been on tour all across the US this year including appearances at Ultra and EDC Las Vegas. Heavy touring can often cause a decline in actual song releases but these guys have stayed busy while on the road releasing their Transit EP via Fools Gold Records not too long ago and a grip of singles throughout 2016.

Up and coming future bass duo TastyTreat will also be making their Dallas, TX debut on August 2oth. After coming off an extremely well received series of releases entitled Neon Affect, the California boys upped the intensity a bit and posted a three track EP on Buygore Records called Wayward EP. Give it a listen below and be sure to catch their set at #BASSFACE. 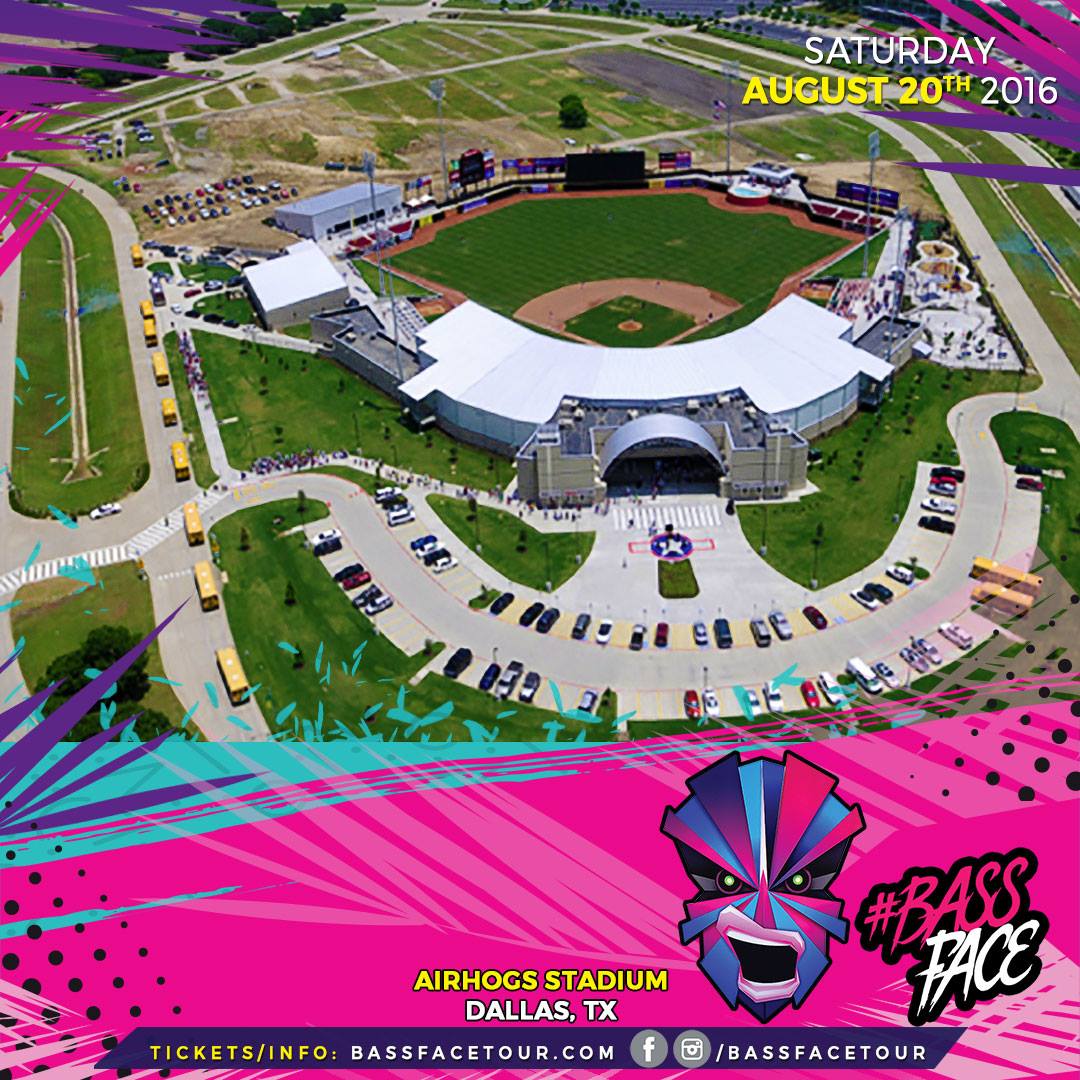 Not only is the lineup looking good but equally impressive are the features and specs of the festival. Bass face will bolster an impressive 80'x 50' main stage with ground support, over 160 lights, 250+ tiles of LED video wall, Co2 cannons, and 8 high powered outdoor lasers from the same company that does the likes of Ultra and EDC.  Its set for 10 hours of music, a 21+ VIP pool and party deck, concession stands, 13 air conditioned VIP sky box suites, three VIP party rooms, and outdoor cooling areas with plenty of shade. For the 21+, Air Hogs Stadium Features a huge restaurant and sports bar (complete with 34 large and flat-screen TVs), with retractable windows looking out to main stage.